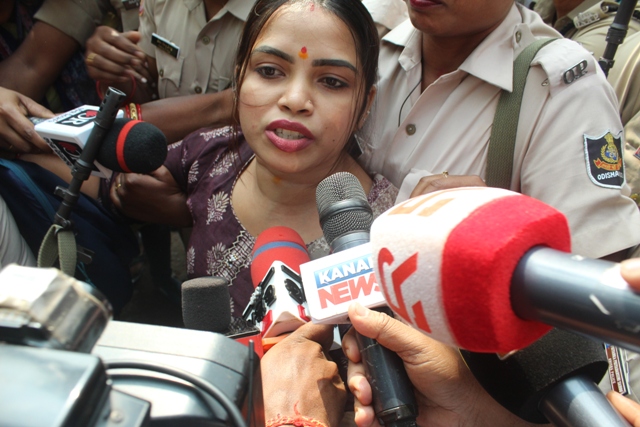 If I Open Up, State Scenario Will Change: Archana Nag

Bhubaneswar: The prime accused in the blackmail and sextortion case, Archana Nag on Tuesday hinted at involvement of some prominent and influential people in the entire episode, claiming that she has exclusive evidence against some people that is enough to change the State scenario.

“Give me at least 30 minutes. I would give exclusive evidence against some people. If I open up, the entire scenario in the state will change. I will not spare anyone,” Nag said while being shifted from Jharpada special jail to the Capital Hospital for a medical check-up.

“I was waiting for the ED to take me on remand for questioning. I will fully cooperate with the probe,” she said responding to media queries.

She also came down on the Commissionerate police for behaving with her like a terrorist.

“I am not a terrorist. The way I was arrested and my family was harassed by the Commissionerate Police – it is all a conspiracy against me. I was kept under house arrest for around 72 hours at Balianta police station,” 26-year-old woman said.

Nag was arrested by the local police on October 6 and is in judicial custody.

The ED took Nag on a seven-day remand on Monday and will produce her in the district and sessions court here on December 13.

The central agency is probing the money laundering aspect of the blackmail racket. It has so far grilled nine people.