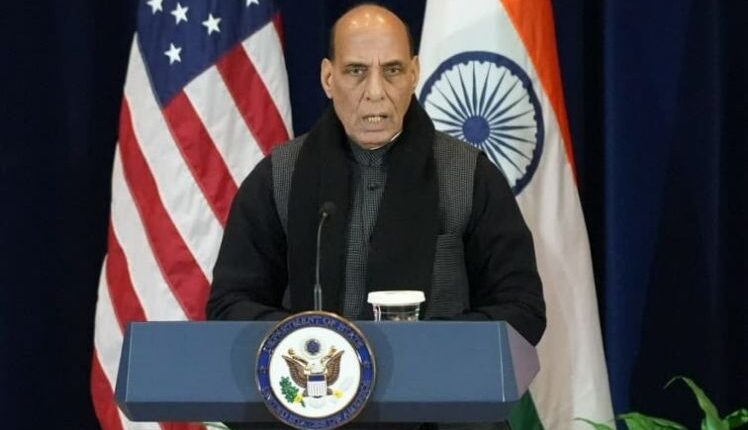 New Delhi: Defence Minister Rajnath Singh on Friday addressed the Indian-American community in San Francisco and in his strong message to China, he said that if harmed, India will not spare anyone.

Singh’s remarks came amidst some disquiet in Washington over India’s position on the Ukraine crisis as well as its decision to procure discounted Russian oil.

He spoke about the bravery shown by the Indian soldiers at border with China and said that if harmed, they would not spare anyone.

“I cannot say openly what they (Indian soldiers) did and what decisions we (the government) took. But I can definitely say that a message has gone (to China) that India will not spare anyone, if India is harmed. (Bharat ko agar koi chherega to Bharat chhorega nahi),” he said.

The Ladakh border standoff between the Indian and Chinese armies began in May 2020, following a violent clash in the Pangong lake area. The stand-off escalated after both troops clashed in the Galwan Valley on June 15, 2020, resulting in 20 Indian soldiers and an undisclosed number of Chinese troops being killed.

India and China have held 15 rounds of military talks till now to resolve the eastern Ladakh standoff due to which the two sides completed the disengagement process last year in the north and south banks of the Pangong lake and in the Gogra area.

While addressing the Indian-American community in San Francisco, Rajnath Singh also asserted that India under Prime Minister Narendra Modi has emerged as a powerful country and is headed to be among the top three economies of the world.

He also sent a subtle message to the US saying that New Delhi does not believe in the diplomacy of a “zero-sum game” and its relationship with one country cannot be at the expense of the other.

India, he said, believes in having a bilateral relationship which is based on “win-win” for both countries.

Another 17 COVID-19 patients recover in Odisha

Woman Jumps Before Moving Train At Soro Rly Stn; Loses Both Her Palms