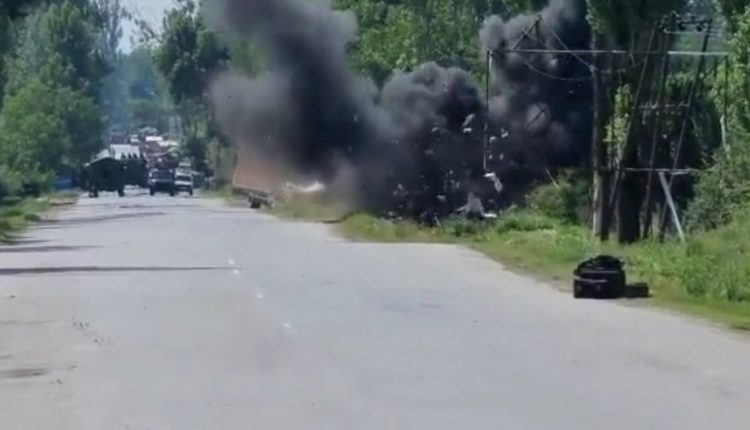 Srinagar: A major tragedy was averted on the Srinagar-Baramulla highway in Jammu and Kashmir after security forces on Saturday detected and defused an improvised explosive device (IED) in the area.

According to reports, a suspicious object was found at Hygam area along the Srinagar-Baramulla national highway during a routine road opening drill by the forces.

Following this, the area was immediately cordoned off and the traffic along the busy highway was suspended.

Later, a bomb disposal squad reached the spot and defused the IED.