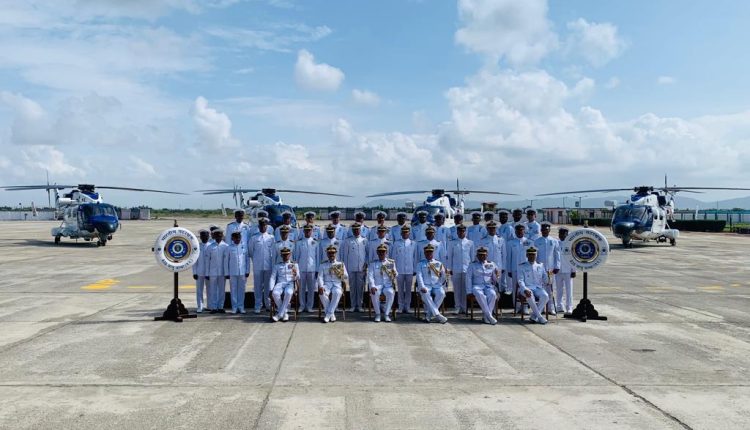 DG, Coast Guard VS Pathania presided over the commissioning ceremony which was attended by various military & civil dignitaries based in Porbandar and Gujarat area.

The commissioning of this squadron marks a tremendous leap toward self-reliance in the field of Search and Rescue (SAR) and maritime surveillance, in line with Prime Minister Shri Narendra Modi’s vision of ‘Aatmanirbhar Bharat’.

The features enable them to undertake maritime reconnaissance as well as carry out SAR at extended ranges even while operating from ships during both day and night. The aircraft has the ability to switch roles from an offensive platform with a heavy machine gun to that of a benign one carrying a Medical Intensive Care Unit to facilitate the transfer of critically ill patients.

So far, 13 ALH MK-III aircraft have been inducted in the Indian Coast Guard in a phased manner and four of these aircraft are positioned at Porbandar. Since the induction, the squadron has flown over 1,200 hours and conducted numerous operational missions, including the maiden night SAR mission off Diu coast.

The 835 Sqn (CG) is commanded by Commandant Sunil Dutt. The commissioning will give a major fillip to the abilities of the Indian Coast Guard in the Gujarat region and further strengthen the country’s maritime security.