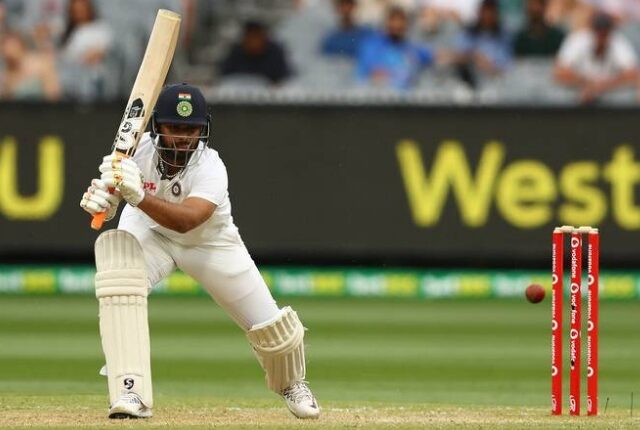 Following his heroics at the Gabba and the Sydney Cricket Ground, Pant has moved to his career-best spot of 13th in the Test Batting Rankings. He is now the top-ranked wicketkeeper-batsman in Tests, closely followed by South Africa’s Quinton de Kock at 15th.

Pant smashed an unbeaten 89 on the final day.

In the latest ICC rankings released on Wednesday, Pant climbed up to his career-best 13th position to become the highest-ranked wicketkeeper-batsman. Pant is followed by South Africa’s Quinton de Kock at the 15th position.

Pant, with 691 ranking points, is the top-ranked wicketkeeper in the batting rankings, above South Africa’s Quinton de Kock, who is at 15th place with 677 rankings points. England Joe Root, who slammed a double-century at Galle against Sri Lanka, leapfrogged Cheteshwar Pujara and Babar Azam to take the fifth spot in the list of batsmen.

Shubman Gill also rose from 68th to 47th position after scoring 91 on the final day at Gabba. Similarly, Pujara climbed to the 7th position with his superb effort during’s India’s win while Mohammed Siraj, who led India’s attack in Ashwin and Jasprit Bumrah’s absence in Brisbane Test, jumped 32 places to reach 45th position.

In the ICC Bowling Rankings, India’s Jasprit Bumrah and Ravichandran Ashwin moved a spot to 8th and 9th following their rich returns in the Border-Gavaskar Trophy. Pat Cummins continues to lead the bowling charts in Test cricket.