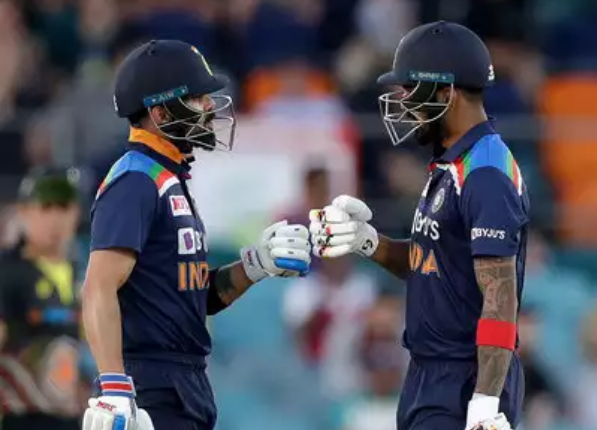 As per the latest ranking, New Zealand opener Tim Seifert and fast bowler Tim Southee have attained career-best positions in their respective rankings after playing important roles in a 2-1 series win over Pakistan.

Dawid Malan is at the top spot in the list of batsmen, followed by Babar Azam and Rahul.

While India skipper Virat Kohli has moved up by a spot to number seven with 697 rating points, KL Rahul has maintained his third position with a rating of 816.

Kohli played some crucial knock in the recently-concluded T20I rubber against Australia which India won 2-1. His scored of 40 and 80 in the last two games respectively helped him climbing to the seventh spot.

In fact, Kohli and Rahul are the only Indians in the top-10 list of players rankings across categories – batsman, bowlers and all-rounders.Kohli is ranked inside top-10 in all the three formats, being at the top position in ODI batting rankings and occupying the second place in Test batting chart.

In the ICC Men’s T20I Team Rankings, Pakistan have lost three points and New Zealand have gained three, but the two retain their fourth and sixth positions, respectively. England are atop the Team Rankings chart with 275 rating points, followed by Australia (272) and India (268).

India Vs Australia: Ajinkya Rahane And Co Begin Preparation Ahead Of Boxing-Day Test