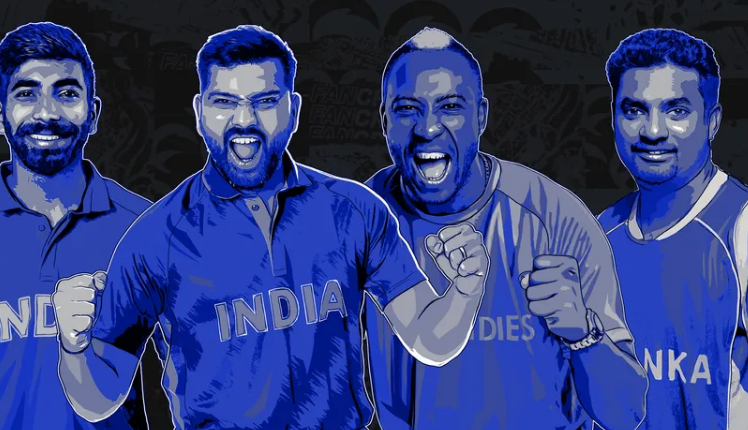 Dubai: The first packs of ICC Crictos, the official range of digital collectibles, will be released to fans by the ICC today in partnership with FanCraze. Crictos enables fans to collect and trade their own slice of cricket history from a range of ICC events and today’s Beta launch sees the first packs of Crictos releases.

Featuring 75 unforgettable moments from the 2015 and 2019 editions of the ICC Men’s Cricket World Cup, fans can start their Crictos collection with one of three packs: a Base Pack, a Booster Pack and a Hotshots Pack. Fans that have reserved a pack will be the first to have the chance to own NFTs of some of the most talked about shots, catches and wickets in international cricket.

The roster of collectibles will continue to grow and will include classic plays from past ICC Men’s and Women’s events as well as iconic moments created at future events. The number of Crictos vary by pack-type and Crictos will vary in their rarity across four tiers: Common, Rare, Epic and Legendary with Common Crictos being the most minted whilst Legendary will be the rarest.

Finn Bradshaw, ICC Head of Digital said: “We are so excited to drop our first packs of Crictos today which is a unique opportunity for fans to own and be part of historic moments in cricket. Crictos will be a digital record of those moments cricket fans love, and enable them to collect these legendary video highlights.

“This Beta launch is our first step into the cricket metaverse and those lucky enough to be part of it can start their Crictos collection today and shortly start growing it by trading on the peer-to-peer marketplace through our partners FanCraze before we move to a full launch in the near future.”

The packs available as part of the launch are Base Pack, Booster Pack and Hotshots Pack.

The Base Pack includes hand-picked moments, most of which will only be available during the Beta, to start your collection.
Base Packs include moments like Glenn Maxwell whipping one over square leg for a boundary against Sri Lanka, Hardik Pandya smashing Mohammad Amir through the covers at Old Trafford in 2019, and Joe Root drilling one over long-on in the ICC Men’s Cricket World Cup 2019.
Base Packs cost just $9 for one collectible with the Crictos distributed such that fans have a 90% chance of striking a Common and a 10% chance of landing a Rare in Thursday’s first drop.

The first in the family of rare packs, the Booster Pack is the best way for fans to curate an enviable collection of rare Crictos.
Alongside MS Dhoni and Steve Smith moments, a Lasith Malinga yorker from the ICC Men’s Cricket World Cup 2019 can be found in a Booster Pack, as well as world-class batting moments from Babar Azam and Andre Russell.
Booster Packs cost USD $49 and include three Crictos of 1 Rare + 1 Common + 1 Epic (10%) or 1 Common (90%).

This limited-edition pack is available first exclusively to our early adopters. Epic packs like this drop less frequently than rare packs, so opportunities come at a premium.

Moments including David Warner executing a checked lofted drive down the ground for six at the ICC Men’s Cricket World Cup 2019, KL Rahul lofting Akhila Dhananjaya over long-off for a six in 2019, and AB de Villiers showing his 360-degree range against Andre Russell all feature. Hotshots Packs cost USD $249 and include 10 collectibles with a distribution of 6 Common, 3 Rare and 1 Epic.