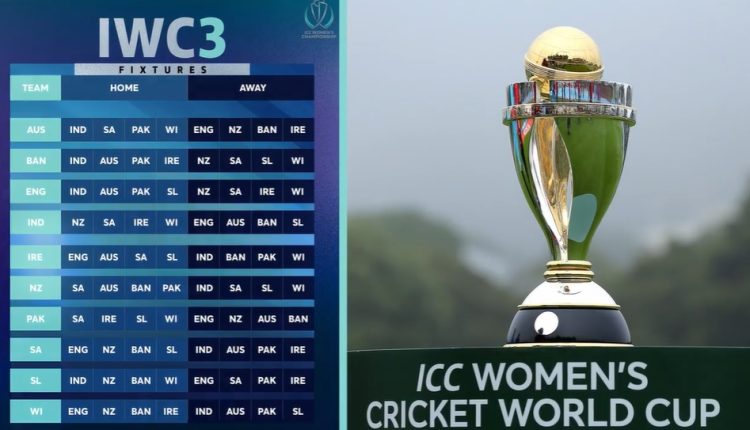 The International Cricket Council (ICC) on Tuesday announced that more international cricket featuring a greater number of countries are some of the highlights of the historic first-ever Women’s Future Tours Program (FTP).

The women’s FTP revealed the international obligations for all sides until the end of April in 2025, leading up to the ICC Women’s World Cup in India.

Some of the highlights of the inaugural women’s FTP include:

ICC General Manager of Cricket, Wasim Khan, said the confirmation of the first ever women’s FTP was a watershed moment for women’s cricket.

“This is a huge moment for the women’s game,” Khan said. “This FTP not only lends certainty to future cricket tours but also sets the base for a structure that is sure to grow in the coming years.”

In total there will be over 300 international women’s games played during the next period, which features a total of seven Test matches, 135 ODIs and 159 T20Is.

Teams will play three-match bilateral ODI series as part of the 2022-25 ICC Women’s Championships, ahead of the next women’s 50-over World Cup in India in 2025.

Many of those three-game ODI series are accompanied by corresponding T20I series, with some teams opting to play five-game T20I series alongside the ICC Women’s Championships fixtures.

All bilateral T20I matches count towards respective team rankings, which in turn serves as a primary mechanism for determining the teams that qualify for ICC global events.

One of the highlights of the women’s calendar is England’s next trip to Australia for the multi-format Ashes series. It will be a standalone series at the start of 2025, with the corresponding men’s series coming later that year.

Just last month the ICC confirmed the host country for every women’s white-ball tournament to be played up until 2027, with the latest fixtures confirmed by the FTP all featuring around those major ICC events.