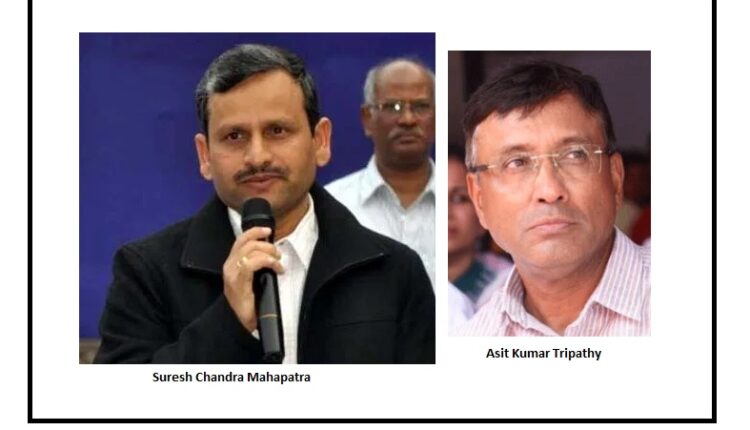 Bhubaneswar: The Odisha government has appointed 1986-batch IAS officer Suresh Chandra Mahapatra as the new as the Chief Secretary of the State.

The new joining will come after the tenure of senior IAS Officer Asit Kumar Tripathy will end on December 31, 2020.

Asit Tripathy will assume the charges of Western Odisha Development Council (WODC) chairman following superannuation along with his duties as the chief advisor to the Chief Minister.

Besides, IAS Pradeep Jena has been appointed as the new Development Commissioner.

The 1986-batch IAS officer Asit Kumar Tripathy was appointed as the Chief Secretary of Odisha with effect from August 19, 2019, replacing Aditya Prasad Padhi.

Prior to his appointment to the post, Tripathy was serving as the Development Commissioner to the Government and Additional Chief Secretary in Home Department with additional charge as the Chief Administrator in Koraput-Balangir-Kalahandi (KBK) region.

A native to Bolangir district, he has been working with Chief Minister Naveen Patnaik since March 2000.

Man Killed In A Fire Mishap In Malkangiri