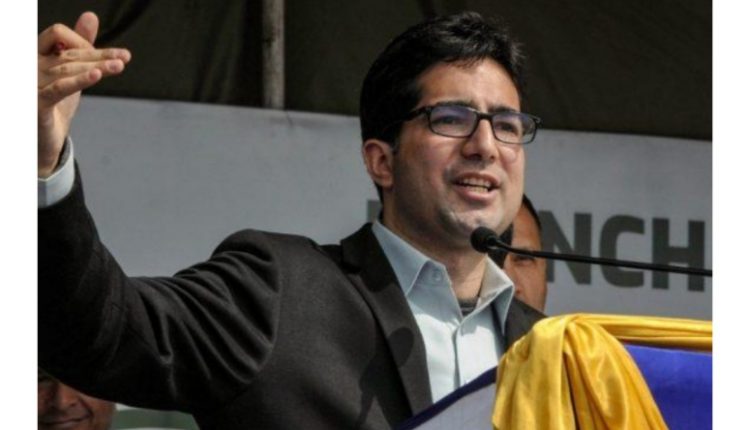 Srinagar: Indian Administrative Service (IAS) officer Shah Faesal, who resigned from the service in protest against the “unabated” killings in Kashmir in 2019, has been reinstated.

Faesal, who was the first UPSC topper from Jammu and Kashmir, had on Wednesday dropped hints about his return to the government service.

In a series of tweets, he spoke about his idealism letting him down in 2019 when he resigned from the government service to join politics.

Faesal, who submitted his resignation in January 2019 and floated the Jammu and Kashmir People’s Movement (JKPM) party, was detained under the stringent Public Safety Act immediately after the abrogation of the special status of the erstwhile state of Jammu and Kashmir.

However, after his release, Faesal gave up on politics and started dropping hints of his willingness to rejoin government service. His resignation had not been accepted.

The doctor-turned-bureaucrat formed his party to “revive democratic politics” in Jammu and Kashmir but his political career ended abruptly.

The home ministry, which is the cadre controlling authority for the Arunachal Pradesh-Goa-Mizoram and Union Territory (AGMUT) cadre, had asked for an opinion of the Jammu and Kashmir administration about his plea for withdrawal of resignation.

After getting reports from all quarters besides the Department of Personnel and Training, the department looking after the IAS, it was decided to accept his plea and was subsequently reinstated earlier this month, the officials said.

Hailing from the remote village of Lolab in north Kashmir, Faesal, whose father was killed by terrorists in 2002, had topped the UPSC examination in 2009.