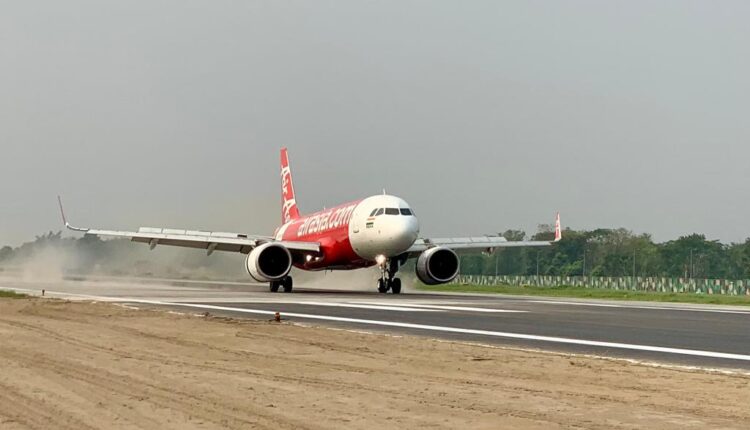 New Delhi: The Indian Air Force has carried out extensive resurfacing work on the runway of Bagdogra airfield enabling civil aircraft to resume operations from the morning of Tuesday.

The first civil aircraft landed there today at around 08:00 am.

The resurfacing on central bituminous portion of the runway has been completed on schedule. The runway was closed for two weeks for laying three flexible (bituminous) layers, reconstruction of non-load bearing surfaces etc.

The work also involved reconstruction of the concrete portion at each end of the runway and widening of the taxi tracks & links as per International Civil Aviation Organisation (ICAO) Standards.

The work was executed with Border Roads Organisation (BRO) as the implementing agency and was completed expeditiously to facilitate civil aircraft operations with least inconvenience to the airlines and passengers.

Bagdogra is the second busiest airport of West Bengal and is a joint user international airport with a civil terminal attached to the IAF airfield. IAF’s timely completion of the work will enable approximately 8000 air travellers to fly to and from Bagdogra, to various parts of the country, every day.

The Bagdogra airfield is not only important from a strategic point of view but is also a major international hub for promoting tourism and economy. The airfield is an important node for connecting Darjeeling and Siliguri to the rest of the country and the world.