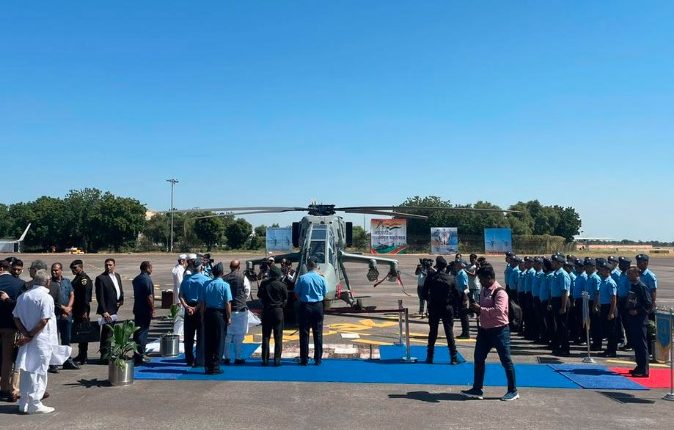 It was inducted into the IAF inventory at a ceremony in Jodhpur in presence of Defence Minister Rajnath Singh and Chief of Air Staff Air Chief Marshal VR Chaudhari.

More than 200 vendors are involved in production of sub-systems and components, apart from 70 vendors involved in indigenisation, he stated. HAL has also initiated detailed production planning to gear up for exports, he added.

The contract for 10 LSP was signed between IAF and Hindustan Aeronautics Limited (HAL) on March 30, 2022 and the 143 Helicopter Unit ‘Dhanush’ which is operating the LCH was raised on June 01, 2022.

The twin-engine LCH designed and developed by HAL is a 5-8 tonne class dedicated combat helicopter. It was conceptualised after the 1999 Kargil conflict when the need for such a dedicated platform capable of operating in high altitudes was felt. It is the only attack helicopter in the world which can land and take-off at an altitude of 5,000 m (16,400 ft) with considerable load of weapons and fuel significantly augmenting the firepower of the IAF and Army in high altitude areas. The helicopter has a combat radius of 500kms go upto a service ceiling of 21,000 feet which makes it ideal to operate at high altitude areas of Siachen glacier.

The first prototype of the helicopter took first flight on March 29, 2010 and has since undergone extensive testing and evaluation. The LCH is armed with 20mm nose gun, 70 mm rockets, anti-tank guided missile ‘Dhruvastra’ and air to air missile ‘Mistral-2’ of MBDA which has a maximum interception range of 6.5km.