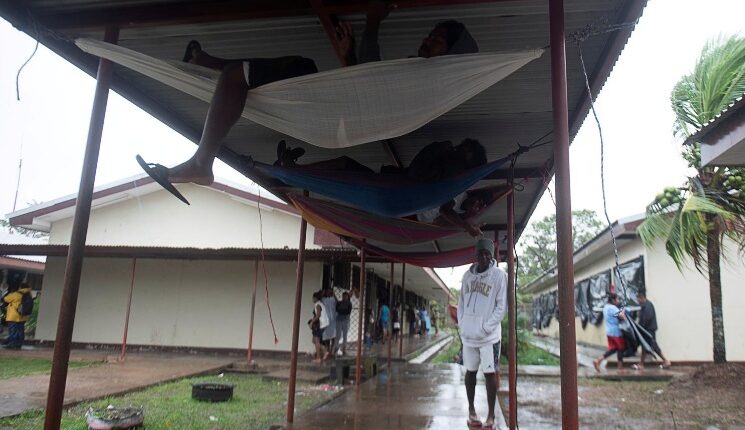 Nicaragua: Hurricane Iota made landfall along the coast of northeastern Nicaragua, the U.S. National Hurricane Center (NHC)said in its latest advisory on Tuesday.

The Nicaraguan coast prepared for Hurricane Iota on Monday as it approached as a “potentially catastrophic” Category 5 hurricane making landfall Monday night, according to the National Hurricane Center in Miami.

Evacuations were being conducted from low-lying areas in Nicaragua and Honduras near their shared border through the weekend.

Iota is the record 30th named storm of this year’s extraordinarily busy Atlantic hurricane season. It’s also the ninth storm to rapidly intensify this season, a dangerous phenomenon that is happening increasingly more often. Such activity has focused attention on climate change, which scientists say is causing wetter, stronger and more destructive storms.

Iota is stronger, based on central pressure, than 2005′s Hurricane Katrina and is the first storm with a Greek alphabet name to hit Category 5, Colorado State University hurricane researcher Phil Klotzbach said. It also sets the record for the latest Category 5 hurricane on record, beating the record set by the Nov. 8, 1932, Cuba Hurricane.