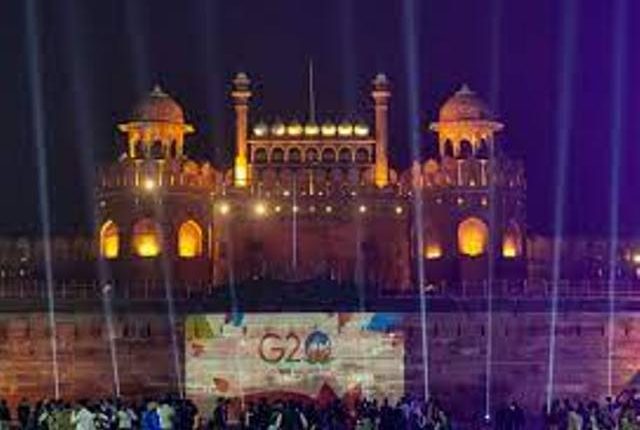 New Delhi: Hundred centrally-protected monuments, including UNESCO world heritage sites spread across the country, were lit up on Thursday as India assumed the presidency of G20, officials said.

The Archaeological Survey of India had said these 100 ASI sites will be lit up from December 1-7, and that all illuminated heritage structures “highlight the G-20 logo over the monument”.

“Illumination of monuments have been done to mark India assuming the presidency of G20 today. All 100 sites have been lit up today,” a senior ASI official said on Thursday.

Humayun’s Tomb and Purana Quila in Delhi to Modhera Sun Temple in Gujarat, and Konark Sun Temple in Odisha to Sher Shah Suri’s Tomb in Bihar, are in the list of these 100 sites, the ASI said on Wednesday.

India assumed the yearlong presidency of G20 on December 1. More than 200 meetings will be held in India across 55 locations.

The first meeting of G20 will be held in the first week of December in Udaipur when the G20 Sherpa meet will take place, officials earlier said.

As India began its G-20 presidency from Thursday, Prime Minister Narendra Modi said it will work to further promote oneness, inspired by the theme of “One Earth, One Family, One Future”, and listed terror, climate change, pandemic as the greatest challenges that can be best fought together.

The ASI on Thursday also tweeted images of some of these sites, bearing the G20 logo.

In Delhi, the G20 logo has been projected on the central dome of the Safdarjung Tomb, among other sites.

On Wednesday, a senior official had said, “The size of the logo projected on the monuments will depend on the nature and design of the site”.

“At Taj Mahal, Agra Fort and Fathepur Sikri — all three UNESCO World Heritage Sites, the logo will be projected on a unipole installed near the sites,” he had added.

There are 40 cultural and natural sites in total in India which have UNESCO World Heritage Site status, and most of the cultural sites are under the Archaeological Survey of India (ASI).

Other sites in the list of 100 shortlisted monuments include Metcalfe Hall and Currency Building in Kolkata, Nalanda university ruins and ancient structures and other monuments at Rajgir in Bihar, Basilica of Bom Jesus and Church of Lady of Rosary in Goa, Tipu Sultan’s Palace and the Gol Gumbaz in Karnataka, and Sanchi Buddhist monuments and Gawlior Fort in Madhya Pradesh.