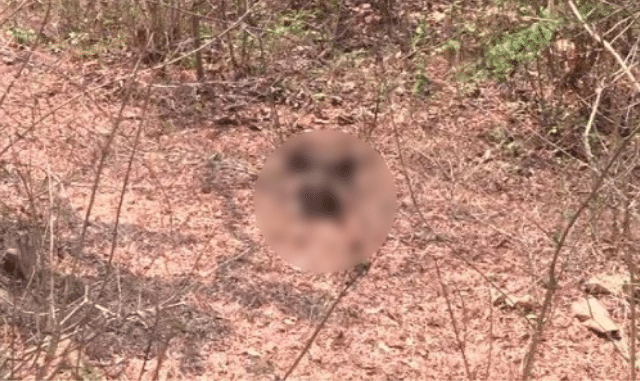 Human Skeleton Recovered From Cashew Forest In Koraput; Probe On

Koraput: Police have recovered a human skeleton inside a cashew forest near Ektaguda under Koraput Sadar police station limits on Sunday.

According to sources, the skull and limbs bones of the skeleton were found scattered a few metres away. Police along with a scientific team today collected evidence from the spot.

Sources said that police have identified some patches with signs of burning in the cashew forest. Besides, a red colour towel (Gamuchha) was also found at the scene.

“We are yet to ascertain whether the skeleton is of a male of a female, said Koraput SDPO Manoj Pujari. He said that the collected samples would be sent to the Bhubaneswar-based laboratory for scientific examination and details about the human skeleton would be known only after the completion of the probe.

“It is suspected that the person was killed and the body was set on fire to destroy evidence,” the police official said, adding that the mystery behind the recovery of human skeleton will come to the fore after investigation and arrival of forensics reports.