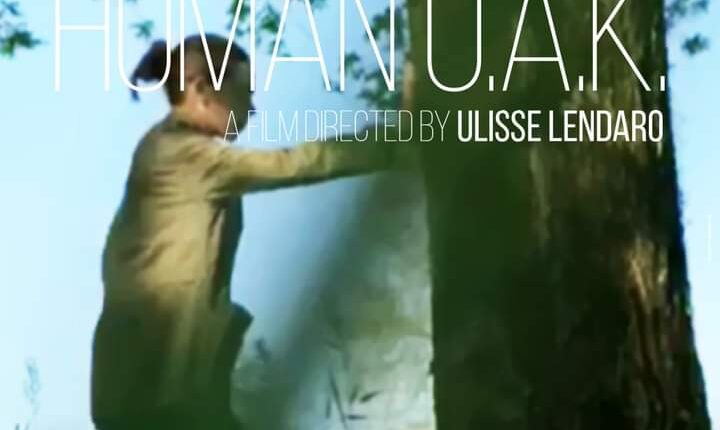 HUMAN OAK made during Covid-19 to have world premiere at Olympia Film Fest, Greece

aneswar: Award-winning Italian filmmaker Ulisse Lendaro & Indian Film producer Jitendra Mishra’s recent international co-production “Human OAK” has been officially selected for the prestigious Olympia International Film Festival for Children and Young People, Greece. The film is in the competition section and going to have its world premiere this month. Recently the film had a special preview of the first look at the 10th Festival of Diplomacy, Rome, the preview was hosted by Commonwealth club of Rome.

The 23rd Olympia International Film Festival will take place from November 28-December 5, featuring 90 films from 47 countries dealing with important issues for children and the whole family. The competition program was selected by the artistic director of the Olympia Festival, Dimitris Spyrou.

The 15-minute short film was entirely shot in Italy during the Covid-19 lockdown in March – April 2020 in the Vicenza’s downtown and the countryside. The only international co-production between Italy & India during the Covid-19 lockdown was written & directed by Ulisse Lendaro who is known for his critically acclaimed feature film “Imperfect Age”. The film features leading Italian actress & former Miss Italy Anna Valle. Made to commemorate the 200th anniversary of Percy Bysshe Shelley’s poem “Ode to the West Wind”; HUMAN OAK. is the story of a new type of humanity.

Director Ulisse Lendaro says “We are thrilled to get selected in the competition section of this incredible film festival, we are thankful to the festival organizers. Human OAK. was thought and realized in the lock down period. If there had not been the Covid-19 I would never have thought and shot it. I wanted to start from a poem that was possibly related to a pandemic. I read “Ode to the West Wind” by Percy Bysshe Shelley, all his biography and his connections with India, with Mahatma Gandhi & Rabindranath Tagore. So, I immediately felt the strong need to talk about this idea with my friend and well-known producer Jitendra Mishra. We shared the same mindset & approach toward world cinem. Jitendra gave me a lot of good advice about the mood of the film. It was an exchange, a continuous flow of energy and ideas, which led to making of Human OAK ”, he further added.

“We are super excited, as we made this film during this difficult time of Covid-19 with a very good intention and now the film is appreciated and getting invitations from world’s leading film festivals. Ulisse Lendaro is a very sensible filmmaker and this film is a masterpiece from him. Olympia film festival is indeed a great opening for the film” JItendra Mishra producer of the film said on this occasion.

The Pluri-award-winning and talented Massimo Cantini Parrini has designed the costume for the movie. Post-production of the movie has been done in Roma by Lightcut film srl. This is a story of a child who, in the time of a sunset, becomes a girl, forced to quickly leave behind the life she had, before everything changed, the memory of her mother with whom she used to play and their poems that now sound like an omen. In an abstract, melancholic present, drenched in nature, this little girl continues her journey until she reaches a large oak tree. There, among books hung to mature, she meets another child, a little boy. Maybe they already knew each other. Among visions of a recent past, memories and nature, life is renewed for all humanity.

Ulisse Lendaro is an Italian producer and director, born in Vicenza and living in Rome. After being awarded as an actor with a special mention from the theater critics at Premio Hystrio in 2004 and after his acting performances in many theater productions, Lendaro produced and is cast as lead actor in the horror “Medley – Brandelli di scuola”, by Gionata Zarantonello, a cult movie in the US.In 2017. He directed the movie “Imperfect Age”, that premiers at the Festival del Cinema di Roma with great success with the public and the critics.

Born in Titilagarh, Odisha, Jitendra Mishra is one of the few Indian film producers & promoters who have been able to create a benchmark in ‘Alternative method of Film Production, Distribution & Promotion’ at international level. Committed towards meaningful cinema, Jitendra has already been associated with the production, distribution and promotion of more than 100 films in different categories in various capacities. His recent feature film production ‘The Last Color’ directed by Michelin Starred Chef Vikas Khanna, starring Neena Gupta has already been selected in more than 50 international film festivals and received more than 15 different awards as of now. Awarded with several prestigious awards, he has also been selected International professional Jury for more than 25 leading international film festivals as of now.

Former Miss Italia Anna Valle, born in Rome, is an Italian ex model and actress. After winning Miss Italia, Anna studies acting, becoming one of the most renowned Italian tv series actress of the years 2000. She came to prominence as an actress in 1999, as lead of the tv show “Commesse”, directed by Giorgio Capitani, a huge success. Amongst her most important roles are princess Soraya in “Soraya” by Ludovico Gasparini, Cleopatra with Peter O’Toole and Charlotte Rampling in “Imperium: Augusto”.