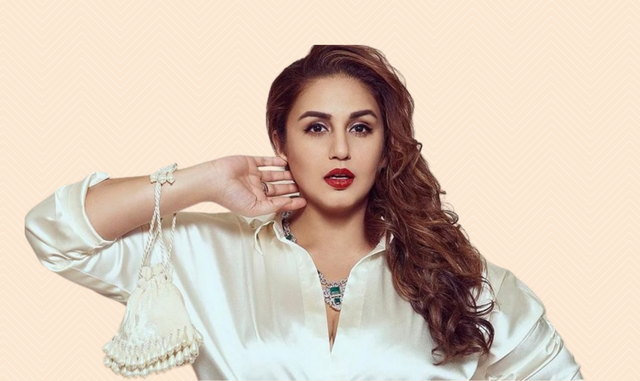 Actor Huma Qureshi has added another feather to her cap. The actor is turning producer for her upcoming film, Double XL, which will also feature Sonakshi Sinha.

The Maharani actress revealed that the plot of the film began as a lighthearted conversation as her fellow industry friends were complaining about their “post-lockdown weight.

” Taking to her Instagram account, Huma penned an emotional note on how she got the idea for the film and mentioned that it has been created with “a lot of love”.

“What started out as a fun conversation with my closest friends & family — Sonakshi, Zaheer, Saqib and Mudassar, literally in my living room, has now resulted in this film. All the actors were lamenting about the ‘post lockdown weight’ that we had gained and Mudassar spun a story around it, impromptu. This story found more and more friends in the following months as well as partners as we chugged along on this journey. This is a film written and made with a lot of love,” she wrote in the social media post.

Thanking everyone who joined the Double XL dream and made it a reality, the actress continued, “We are now releasing this film in the THEATRES. If someone had told me, when I had just arrived in Mumbai, almost a decade ago, that I would be instrumental in backing content which would not only resonate with me but also have the potential to strike a chord among many others, I would not have believed it. But then again, Dreams Do Come True!”

“And that is what we believe at Elemen3 – Saqib, Mudassar and I. Our company. Our collective dream. To tell stories that travel beyond the ordinary. The three of us are different as people and yet are united by our love for cinema. Our first baby is ready to open its eyes and go frolic in the sun,” Huma added.

Directed by Satramm Ramani, Double XL is a humorous take on bodyweight stereotypes. The film has been shot in India and the UK, and explores the lives of two plus-size women, who are from Uttar Pradesh and Delhi, respectively. The two women in the film transit through a society that constantly associates a woman’s beauty with her size. The film also stars Zaheer Iqbal and Mahat Raghavendra and is produced by Bhushan Kumar and Krishan Kumar, Vipul D. Shah, Rajesh Bahl & Ashwin Varde, Saqib Saleem, Huma Qureshi and Mudassar Aziz.

Double XL will hit the theatres on October 14.