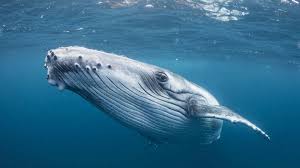 Balasore: The carcass of a whale was found on the bank of Jalaka River under Sadar block in Balasore district.

According to sources, the matter came to fore after some locals spotted the carcass of giant fish, estimated to be weighed over 10 quintal, near Baradihi ghat of the Jalaka River today. Later, they informed the forest officials.

The forest officials have reportedly recovered the dead marine species. However, the exact reason behind the death of the whale will be ascertained after the post-mortem report arrives.