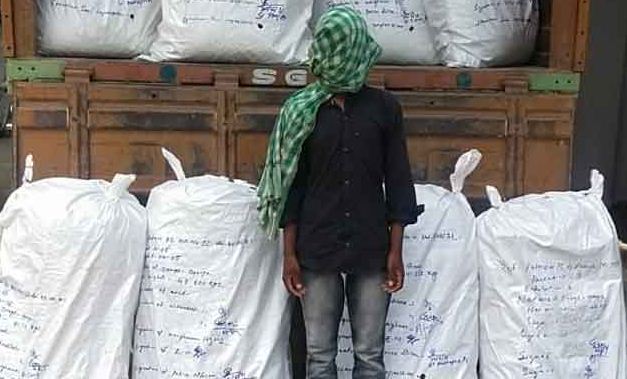 Huge Cache Of Marijuana Seized In Ganjam’s Aska, One Held

Ganjam: Pattapur police on Thursday seized a huge cache of ganja from a locked house at a village in the Aska area of Ganjam district and arrested a person in this connection. The arrestee has been identified as Santosh Mallick of Khaparaganda village.

Acting on reliable inputs, police conducted a surprise raid at Khaparaganda village and upon search found 3156 kg of ganja from a locked house.

Police said that the accused Mallick had kept over 300 quintal ganja in his house.

After the preliminary investigation, it was found that the contraband was being smuggled by Mallick and his aides. the cops also seized all gunny bags stashed with ganja. The market value of the seized contraband is Rs 1.5 crore, police said.

A case was registered under relevant sections of the NDPS Act and the accused has been forwarded to court. Further investigation is underway to trace the accused involved in the illegal trade, police added.