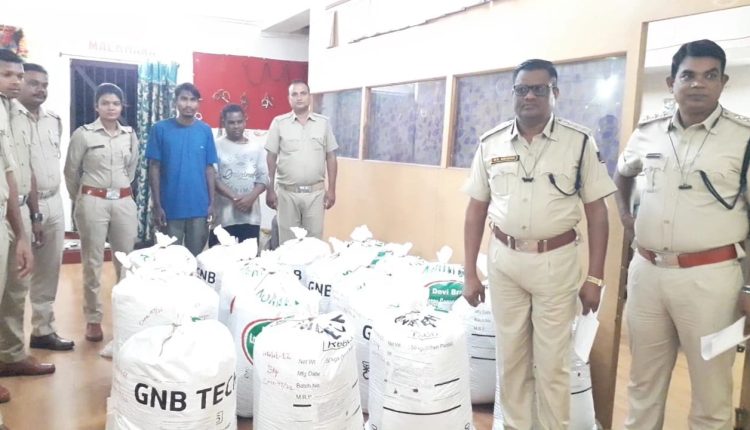 Koraput: Semiliguda Police here have arrested two persons including a teacher and seized a huge cache of ganja near Banguruguda in Koraput district.

The arrested persons have been identified as Binod Kumar Pangi, a teacher by profession, and Simadri, driver of the seized vehicle.

According to reports, the police team was on patrolling duty near Banguruguda when it intercepted a Bolero pick-up van and conducted a search. During the search, the cops seized over 452 kg of cannabis.

The estimated value of the seized cannabis is Rs 25 lakh, said sources.

While the vehicle has been seized, two mobile phones and some cash were seized from the possession of the accused persons, informed Sunabeda SDPO.