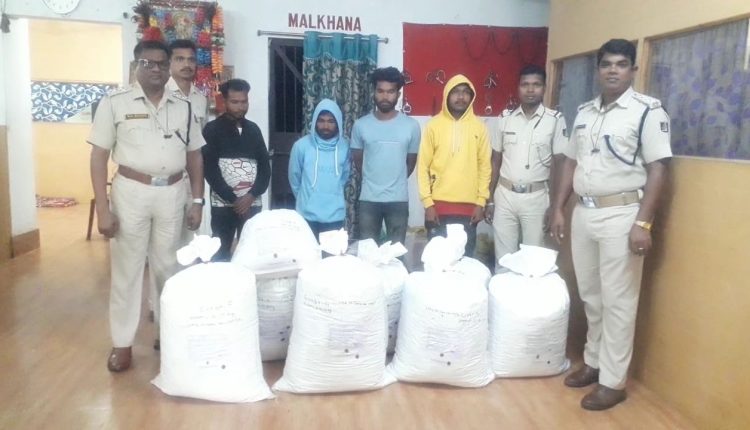 Koraput: Semiliguda Police here have arrested four persons and seized a huge cache of ganja near Badenga on Semiliguda-Nandpur road in Koraput district.

Acting on reliable inputs, a team led by IIC Pradyuman Ku Mohapatra was on vehicle inspection. The team intercepted an SUV and conducted a raid. During the raid, the cops seized 151 kg of ganja.

The ganajs was being smuggled from Padua to Kalahandi, said the SDPO.

A case no.120 has been registered against the accused under Sections 20(b)(ii)c of NDPS Act and forwarded to court, added the official.