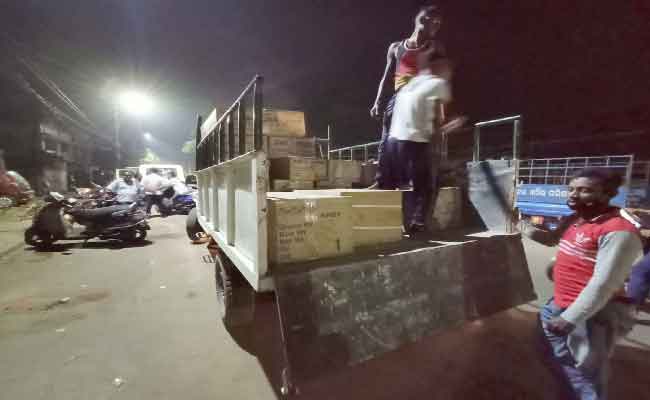 Angul: Police seized a huge cache of crackers from a house near a market complex in Talcher Municipality of Angul district yesterday night. The accused has been identified as Tima Sahoo.

Acting on a tip-off, a team of Talcher Police had conducted raid on the house in presence of Sub-Collector Rajanikant Swain, Talcher Municipality Executive Officer Atasi Parida and Tehsiladar Gauri Nayak .

Reportedly, the firecrackers worth over Rs 1 lakh were recovered during the raid at a house owned by the accused. The firecrackers were stored at the house for the purpose of sale during Diwali.

The seizure raised question on surveillance by administration to check illegal manufacturing and sale of crackers ahead of Diwali as Odisha Government banned sale and bursting of firecrackers on Diwali this year,