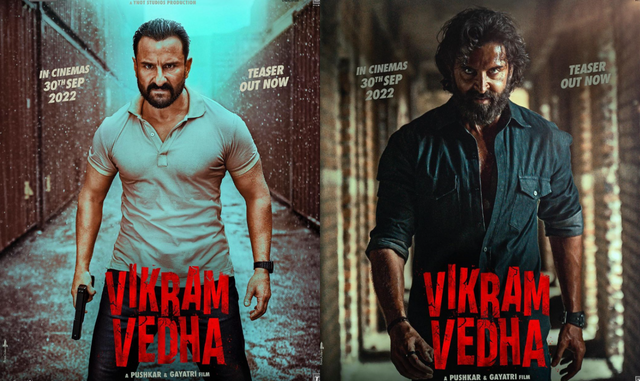 Talking about the song, it gives a fresh glimpse of all the action along with the cat-mouse chase between Vikram and Vedha. Earlier, the theme song Bande earlier was heard in bits from the teaser and trailer of the film and received a huge positive response from the audience, who had lauded the background music of Vikram Vedha.

The theme song Bande is composed, arranged and programmed by SAM C S, as singer Sivam lends his powerful vocals to the lyrics by Manoj Muntashir.