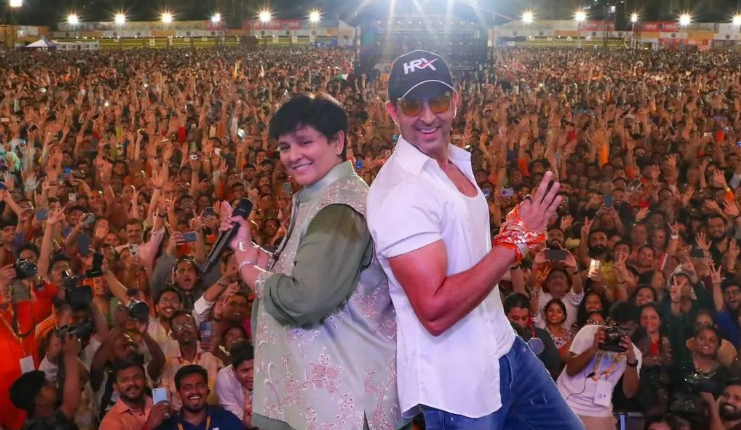 Amid this Hrithik along with the Vikram Vedha team celebrated the Navratri Maha Saptami with Falguni Pathak in Mumbai.

In the video, we can see Hrithik dancing and Falguni also followed him. He was seen doing garba with her and also teaching her signature steps of the popular song ‘Ek Pal Ka Jeena’.

Vikram Vedha has been released in cinema halls worldwide to unanimously positive reviews and strong word of mouth by the audience. The film has been witnessing growth across its 3 days since release.

To note, the film is a remake of the Tamil film of the same name.