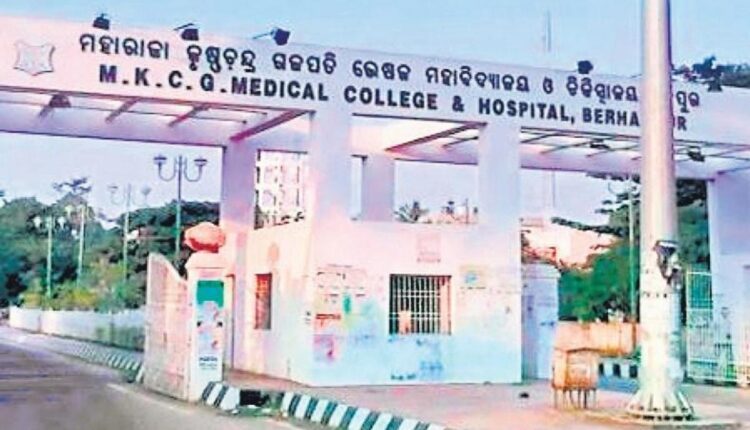 Berhampur: The MKCG Medical College and Hospuital here on Friday turned into a virtual battle ground after vioent clash erupted between a group of house surgeons and nurses.

The tussle took place in presence of medical superintendent who turned a mute spectator expressing helplessness. Later, local police reached the spot and intervened in the metter.

The health service was disrupted for quite some time due to the brawl. Police had to face a tough situation to pacify both the groups.

According to reports, a surgeon on duty had asked a nurse to make blood glucose test of a patient. However, the nurse didn’t pay attention to doctors’ direction following which a verbal duel ensued.

Later in the morning, a group of surgeons and nurses moved to the office of superintendent to lodge compalaint separately.

Later, two groups engaged in heated arguments which took an ugly turn. Two staff from both sides sustained minor injuries in the clash.

Till the last report came in, tension continued to plevail on the campus.