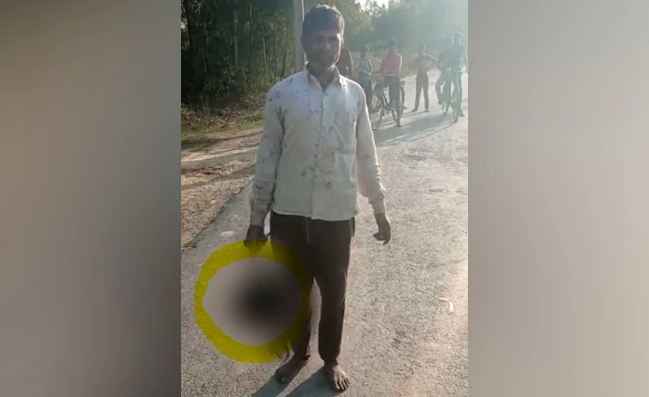 Horror! UP Man beheads 17-year-old daughter, walks to police station with it

New Delhi: In a shocking incident, a man in Uttar Pradesh’s Hardoi district beheaded his 17-year-old daughter on Wednesday morning and also tried to reach the nearby police station with the severed head.

One of them, who spotted Sarvesh Kumar with the head walking down the road in Pandetara village – around 200 km from Lucknow, called the police.

The accused beheaded his daughter with a sharp-edged weapon at Pandetara village and started walking calmly with the severed head triggering panic in the area.

Two police officers reached the spot immediately and started filming Sarvesh Kumar with the severed head. They also asked him his name and whose head it was. Sarvesh, unfazed by the gruesome incident, replied to the police officers without hesitation and admitted to the crime.