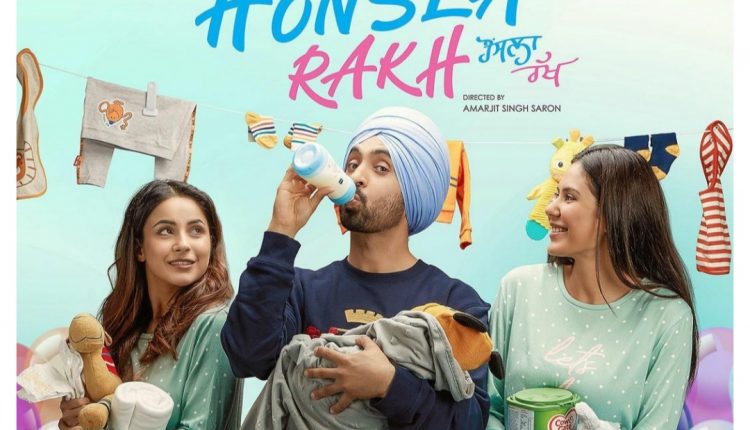 Chandigarh: After teasing fans with intriguing posters, the makers of the much-anticipated Punjabi film starring Diljit Dosanjh and Shehnaaz Gill have finally dropped the trailer.

In the trailer, Diljit is playing the husband of her and the duo are much in love initially like any other couple. Then she gets pregnant and asks the lawyer to give the child’s custody to him and throughout the trailer Diljit can be seen struggling with the child and completing all the household chores. Later, he falls in love again and this time with Sonam Bajwa and tries his best to woo his ladylove. While he is almost done with his mission of impressing his new girl, here comes back his first love (Shehnaaz) back in action.

For the unversed, the movie will release worldwide on Dussehra – October 15, 2021.