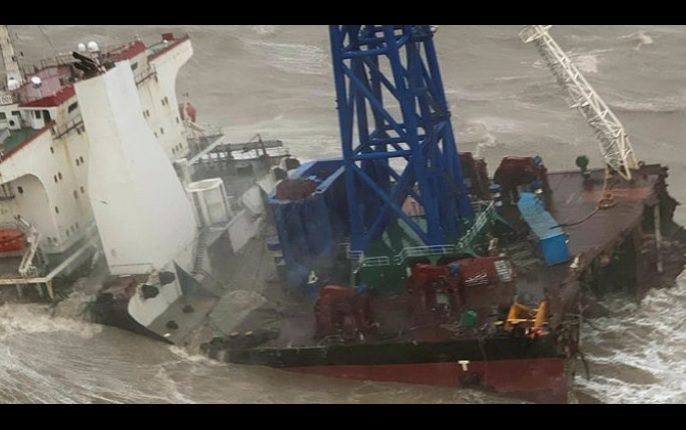 Beijing: More than two dozen crew on an engineering vessel went missing after tropical storm Chaba snapped the ship in two in waters off Hong Kong.

So far, three crew members were rescued, while search operations were continuing for others.

Authorities in Hong Kong raised the typhoon warning on Thursday just as Chinese President Xi Jinping arrived in the city to commemorate the 25th anniversary of its handover from Britain to China.

The warning said Severe Tropical Storm Chaba “will be closest to Hong Kong tonight and tomorrow morning, skirting about 300 kilometers to the southwest of the territory.

The center predicted Chaba would make landfall over Guangdong in China by 10 PM on Saturday and weaken gradually.

Under its impact, Vietnam’s northeast will get rains of 50-150 mm, and more than 200 mm in some places, between Saturday evening and Sunday.