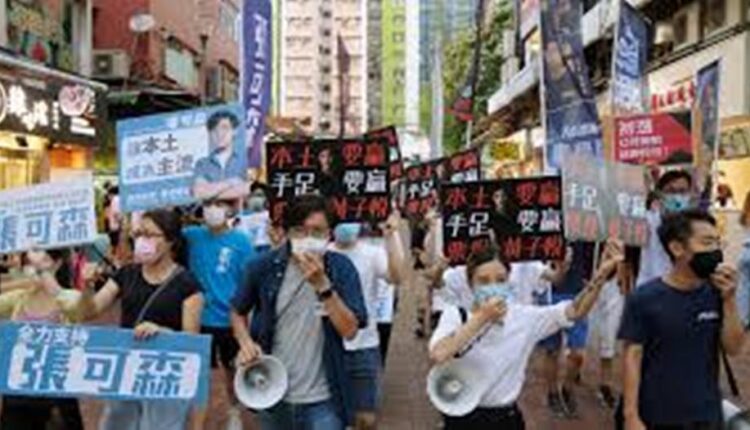 Hong Kong: More than 50 pro-democracy politicians and campaigners have been arrested after raids in Hong Kong following an unprecedented crackdown by authorities on the opposition in the region.

Local media said at least 50 people had been detained in the early morning raids, the biggest crackdown so far under the security law that was imposed by Beijing on June 30.

Police arrested the activists for taking part in a ballot last year that was used to select the democratic candidates for the legislative election, the Democratic Party said on its Facebook page.

The sweeping arrests on Wednesday morning came without warning and shocked observers.

Political parties associated with those arrested said the move by police appeared to be related to unofficial primaries held by the pan-democrats last year, ahead of the Hong Kong election. Campaigners had been aiming for 35 seats – a majority in the legislative council. The election was ultimately delayed by Hong Kong’s leader, Carrie Lam, for a year purportedly because of the pandemic.

The Beijing-designed law was imposed in June last year and criminalised secession, subversion, terrorism and collusion with foreign forces, including benign acts of protest.

The details of the legislation were not revealed until after it was passed. Critics said the law would destroy the freedoms and autonomy promised to the former British colony when Hong Kong was returned to China in 1997.