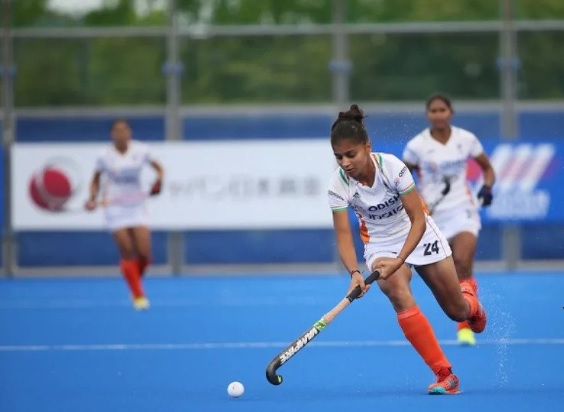 The medal was a poignant achievement for an upcoming ace of the Indian Women’s Hockey team, Jyoti because it was her maiden appearance at the illustrious mega sporting event.

When asked about the historic Commonwealth Games campaign in Birmingham, the 22-year-old said, “Commonwealth Games was especially important for me because this was my first appearance for the team at a multi-discipline event. Winning the Bronze Medal filled us up with an immense sense of pride and joy and is a true reward for everyone’s efforts connected to the team. The Bronze Medal has surely made this outing doubly special for me.”

The Sonipat native went on to add, “My whole experience of the Games was amazing. We won our matches against Ghana, Wales and Canada but lost to England in the group stages. I also understood that losing and winning will always be an important part of any tournament. We were not favourites for a Medal at the CWG 2022, but we were able to clinch the Bronze Medal despite all the external doubt that is why this achievement is so special as we exceeded everyone’s expectations.”

The rising star of the Indian Women’s Hockey team also spoke about the strides she has made since becoming part of the squad, “The players and coaching staff have really helped me improve my game. Now I feel a lot more confident while carrying the ball and my off the ball movement has improved drastically. The coaching staff have also given me a lot of confidence to try something different and creative on the field.”

Jyoti also talked about the influence of Chief Coach Janneke Schopman, “Janneke has helped me improve my game. She has taught me how to make the game simple and easy for myself, I do not ponder on the ball anymore and look to move it as swiftly as possible. Her hands-on approach during practice sessions has bought out the best of my abilities.”

The young star also spoke briefly about how she dealt with the pressure that comes from being part of the Indian Women’s Hockey team at a mega sporting event, “The CWG 2022 was the biggest tournament of my life yet, and there is always added pressure you have to deal with at this level, but the senior members of the team really helped me and guided me. Now before getting on to the field, I take a deep breath to compose myself and focus myself to complete the task at hand.”

Jyoti went on to express how this has also helped her improve as a person, “I have become a very positive person over the last few years, and that can be attributed to social media, books and music, which help me keep an optimistic mindset. It has really helped me evolve my perspective to concentrate on the ‘here and now’. This has in turn helped me improve as a player also as I now can focus on tasks much better whether I am on the field or off it.”

“It is an honour for me to be part of this Indian Women’s Hockey squad, and I hope we keep improving so that we can do even better at the next tournament.” she concluded.

Low Pressure Forms; Likely To Intensify Into Depression In Next 24 Hrs: IMD