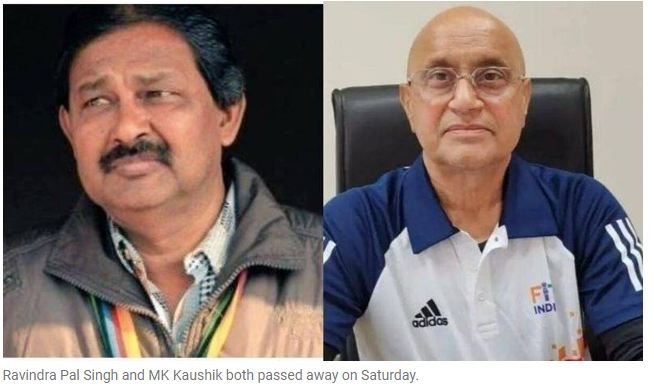 Bhubaneswar: India on Saturday lost two shinning stars of Hockey. Ravindra Pal Singh, 60, in the morning and Maharaj Krishan Kaushik, 66, in the evening succumbed to the Covid-19-related ailments on the same day.

Saddened to know about the passing away of hockey Olympian & coach M K Kaushik. My thoughts and prayers are with the bereaved family members and friends.

Saddened to know about the passing away of hockey Olympian Ravinder Pal Singh. My thoughts and prayers with the bereaved family members and friends.

He received the Arjuna Award in 1998, before being honoured with the Dronacharya award in 2002.

Former India hockey player and a member of the 1980 Moscow Olympics-winning side, Ravinder Pal Singh died at the age of 65 on Saturday morning in Lucknow after battling Covid-19 for nearly two weeks.

Singh, who also played at the 1984 Los Angeles Olympics and did not get married, is survived by a niece, Pragya Yadav.

Singh also played in the 1979 Junior World Cup and took voluntary retirement from State Bank of India after quitting hockey.

Besides two Olympics, Singh had also represented India in the Champions Trophy in Karachi (1980, 1983), Silver Jubilee 10-nation Cup in Hong Kong in 1983, 1982 World Cup in Mumbai and 1982 Asia Cup in Karachi, among other tournaments.

‘The LANCET’ Applauds Odisha For Export Of Medical Oxygen