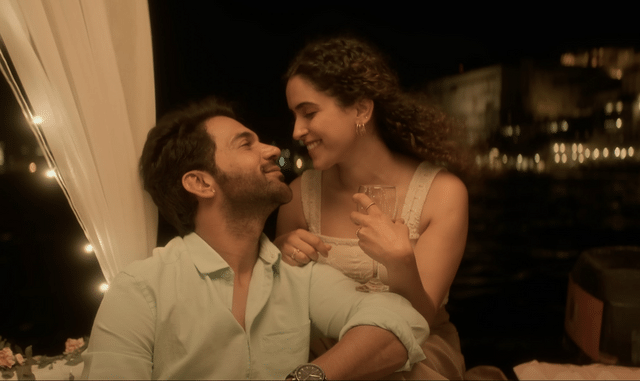 ‘HIT: The First Case’ Trailer Out: Rajkummar, Sanya To Give A Thrilling Roller-Coaster Ride

New Delhi: The trailer of upcoming crime-thriller, ‘HIT – The First Case’, starring Rajkummar Rao and Sanya Malhotra has just been released, and it teases an exciting and tense narrative for the film.

The trailer starts with the mysterious disappearance of a young woman and a police officer (Rajkummar Rao) tasked to solve the case while dealing with his own personal pain. In the course of examining numerous things, he discovers something suspicious. He is forced to confront his past trauma as a result of the investigation, which drives him to the breaking point.

Sanya Malhotra portrays Neha as Vikram’s (Rajkummar Rao) love interest. She attempts to encourage him. During Vikram’s investigation of the case, Neha (Sanya Malhotra) disappears as well. The trailer is packed with suspenseful and thrilling content.

The film reveals a lot of secrets, including some falsehoods, some deception, some truth and a lot more and the people are eager to see Rajkummar and Sanya on the big screen together.

‘HIT: The First Case’ is the remake of a Telugu movie of the same name ‘HIT’ that featured Vishwak Sen and Ruhani Sharma. Sailesh Kolanu, the director of the Telugu version of the film, has also helmed the production of HIT. HIT is an abbreviation for Homicide Intervention Team.