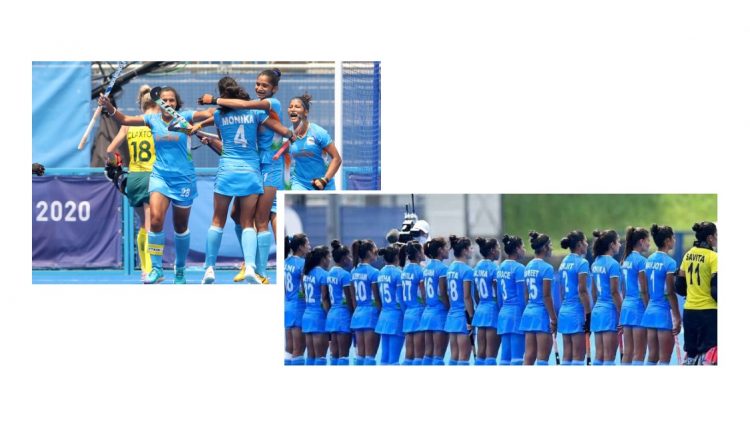 The women – like the men – made it into the semi-finals.

One goal from Gurjit Kaur kept the women in blue in lead.

India women’s hockey team played magnificently against the mighty Australians. Gurjit Kaur scored in the second quarter and the defence held on brilliantly to knock out Australia from women’s hockey in Olympics.

India have saved the Penalty Corner by the skin of their teeth. Australia played it in a unique way and almost caught the defence out in the last few minutes of the game.

India will face Argentina in the next match.