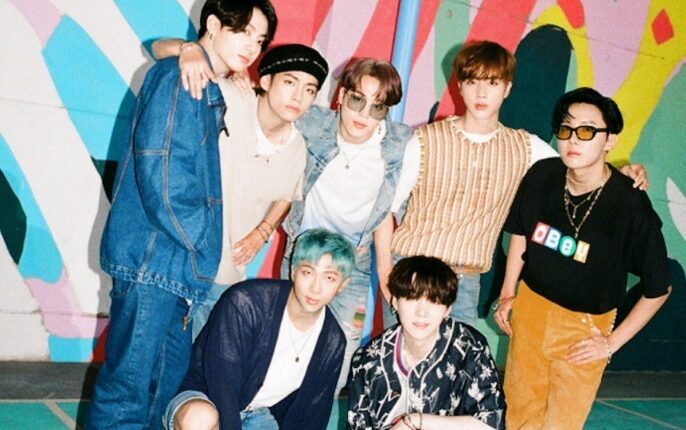 London: Grammy-nominated BTS, has become the first Korean artist in history to earn a nomination at BRIT Awards.

The nominations of the BRIT Awards 2021 were announced on March 31 with the South Korean septet being nominated in the International Group category. This is an award from the British Phonography Industry and is the highest honour from the UK for the global pop music industry. It has been the stage for several significant and iconic moments in the history of music, which amplifies the importance of BTS’ nomination.

BTS have been nominated in the category of 2021 International Group, alongside Foo Fighters, Run the Jewels, Haim, and Fontaines DC, all established and highly respected artists in their own right. The BRIT Awards are set to air on May 11, 2021.

BTS was nominated for Best Pop Duo/Group Performance for the 63rd Grammy Awards and gave a breathtaking performance on their song ‘Dynamite’. They have been recognized with numerous prestigious awards like the Billboard Music Awards, American Music Awards, and MTV Video Music Awards.

BTS, an acronym of Bangtan Sonyeondan, is a South Korean boyband that has been capturing the hearts of millions of fans globally since their debut in June 2013. The members of BTS are RM, Jin, SUGA, j-hope, Jimin, V, and Jung Kook.