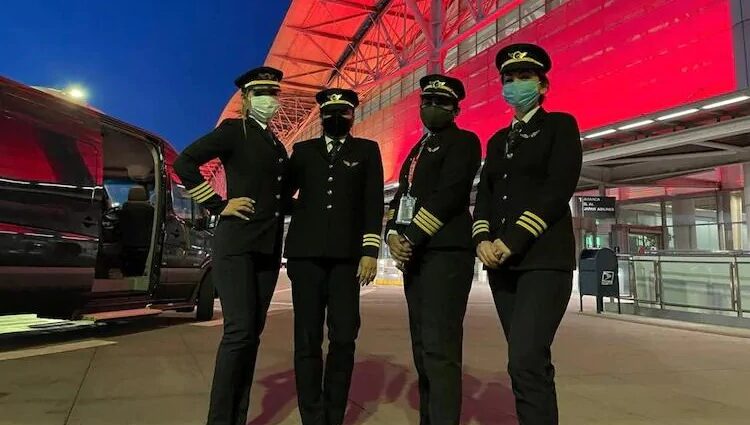 Bengaluru: The all-women crew of Air India’s longest direct flight from San Francisco to Bengaluru landed on Monday morning after covering a distance of 16,000 kilometres in which the crew flew over the North Pole.

The direct distance between the two cities at opposite ends of the world is 13,993 km with a time zone change of around 13.5 hours, an Air India official said.

The aerial distance between San Francisco and Bengaluru is one of the longest in the world.