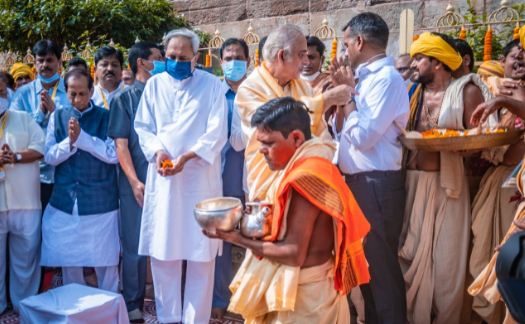 Along with CM Patnaik, Assembly speaker Surya Narayan Patra, Puri MP Pinaki Misra and others were present on the occasion.

A Maha Yajna (traditional sacred offering to fire) near the North Gate (Hastidwara) of the Lord Jagannath Temple in Puri had commenced on Monday for the foundation stone laying ceremony.

Puri Gajapati, who is the first servitor of Lord Jagannath, performed the rituals of Mahayajna as Karta in past two days for the Srimandir Parikrama project. 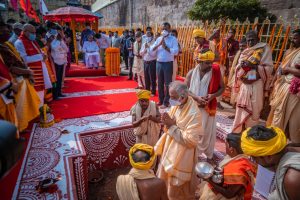 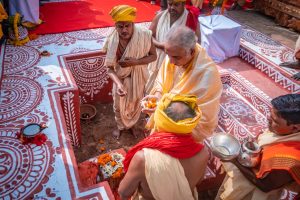 Prior to foundation stone laying ritual, Chief Minister Naveen Patnaik felicitated 10 persons, who have donated their land adjacent to Srimandir for the project, on the special occasion. 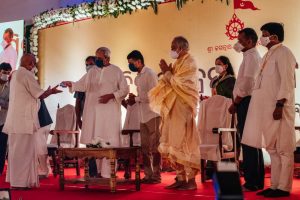 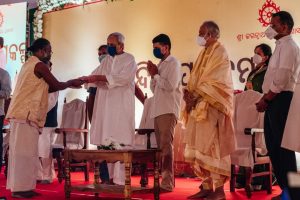 The temple will be open for devotees who will need to access the Simhadwara or East Gate as entrance and exit during the foundation laying event.

Barricading has been done on both sides of the roads in the Grand Road (i.e. Badadanda) to help in maintaining decorum.

Srimandir Parikrma project is one of the most ambitious plans of the Odisha Government to transform the pilgrim town of Puri into a World Heritage City. The project at an estimated cost of Rs 331.28 Crore was launched in December 2019.

Creation of various amenities and infrastructure around 75-metre radius of the Shree Jagannath Temple is the prime feature of this project.

Brown Sugar Worth Over Rs 25 lakh Seized In Khurda, One Held