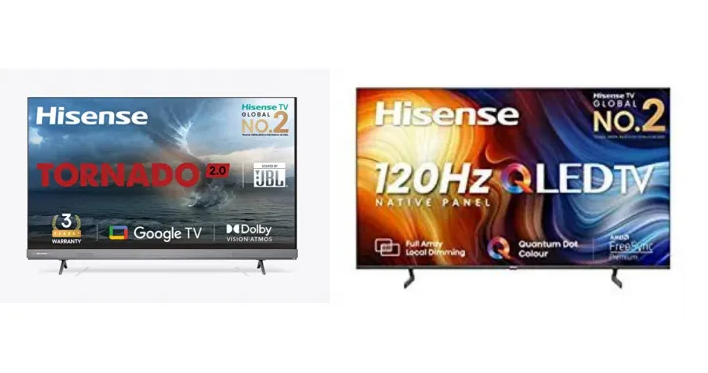 The Hisense A7H Tornado 2.0 TV display is complemented by a 6-speaker system with audio tuned by JBL. The speakers are designed to deliver 102W of sound output. Hisense says the speakers create a “dome of sound that envelops the user and places them right in the action” by delivering depth and clarity through the Dolby Atmos object-based audio technology.

It comes with a Google TV interface that runs on Android TV. There’s built-in support for Chromecast, Apple AirPlay, and Apple HomeKit. The Hisense A7H Tornado 2.0 TV also comes with a remote finder feature that relies on a trackable tracker in the remote. Connectivity options include HDMI, 3.5mm port, Bluetooth v5.0, two USB ports, and Wi-Fi, according to the company.

Keep Your Mind Sharp With These Brain Games