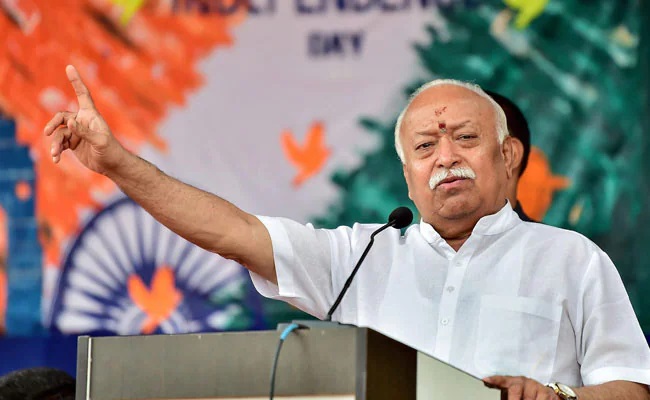 Elaborating the RSS’ philosophy, Bhagwat said that Hinduism is not a religion but a way of life.

Addressing a gathering in Shillong, the RSS chief said all are Hindus as all Indians are the inhabitants of Hindustan, which, he said is in the south of the Himalayas, north of Indian Ocean, on the bank of the Indus river.

“The habitants of this area are traditionally called Hindus. This is also called Bharat,” said Bhagwat, who arrived here on Saturday on a two-day visit.

He said that even before the Mughals who have spread Islam and the British rulers who spread Christianity, Hindus were already in existence.

Highlighting the ideology of RSS, Bhagwat said the term ‘Hindu’ covers all those who are the sons of ‘Bharat Mata’, descendants of Indian ancestors and who live in accordance with Indian culture.

Ruling out the fear of religious conversion, the RSS supremo said to become Hindu one does not have to change since everyone here is Hindu.