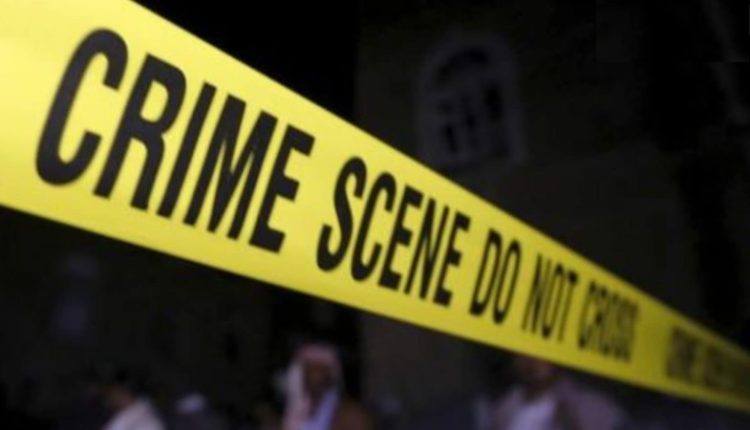 Hyderabad: A young man lay bleeding by a busy road in Hyderabad, his face smashed to pulp with iron rods, while his wife valiantly fought off his attackers, in a horrific killing in public caught on camera Wednesday evening.

The 25-year-old car salesman was beaten and stabbed to death by his Muslim wife’s brother and relatives, the police say.

B Nagaraju and Syed Ashrin Sulthana, described in reports as “childhood sweethearts”, had married three months ago, defying her family.

Around 8.45 pm on Wednesday, the couple had just left home on their bike when two men stopped them, dragged Nagaraju off and attacked him with iron rods and knives. Security footage showed a crowd rapidly collecting at the spot but no one trying to stop the attack. Many had their mobile phones out, recording the crime.

Sulthana was seen lunging at one of the attackers, trying to stop another strike at Nagaraju. Witnesses rushed at the attacker then, hitting him and chasing him off. She later identified the attacker as her brother.

Nagaraju died by a road buzzing with traffic and people but nothing could save him.

“They killed my husband in the middle of the street. Five people attacked. My brother and others. There was nobody to help us. I begged everyone. They killed him in front of my eyes,” Sulthana, dazed with grief, told reporters today.

“Why did people come if they couldn’t do anything? They only watched. It happens before their eyes, someone being killed, can’t people see? I fell on him so I could save him. But they pushed me away. They hit him with iron rods and broke his head.”

Nagaraju and Sulthana had an Arya Samaj wedding on January 31. They had known each other since Class 10 but her family was dead opposed to her marrying outside her faith.

Sulthana had changed her name to Pallavi after the wedding. Her family had allegedly threatened Nagaraju and had told him to stay away from her.

Over Five Quintals Of Ganja Seized On Outskirts Of Bhubaneswar