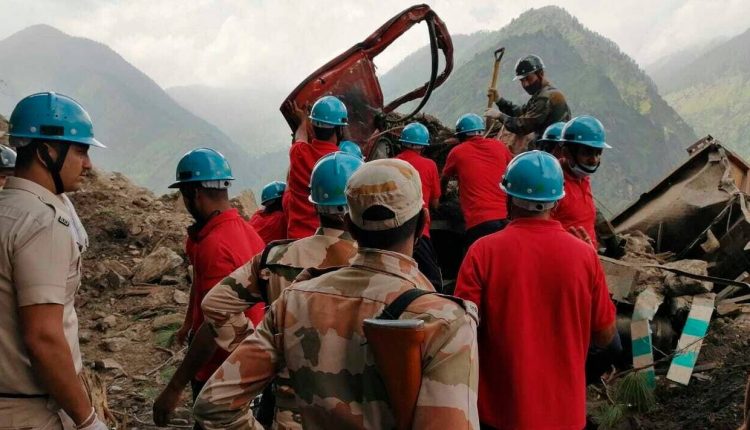 Shimla: The wreckage of the bus that fell into a 500-metre deep gorge in Himachal Pradesh’s Kinnaur district following a massive landslide was recovered on Thursday morning.

Fifteen people lost their lives so far, while 20 others were still missing.

A rescue operation involving multiple agencies was underway to retrieve over 20 people feared trapped in the 200-m stretch covered with rubble.

Rescuers recovered two more bodies from the wreckage of a bus following a landslide in Himachal Pradesh’s Kinnaur district, which has now taken the death toll to 13.

Rescuers pulled out the bodies of 10 people after the landslide buried at least five vehicles, including two buses, on a road near Nigulsari village on the national highway connecting Himachal Pradesh’s capital Shimla to Rechong Peo on Wednesday afternoon.

Prime Minister Narendra Modi on Wednesday condoled the loss of lives in the landslide in Kinnaur and announced an ex-gratia of Rs 2 lakh.

The landslide on Tuesday buried a truck, a state roadways bus, and other vehicles that occurred over a stretch of the Shimla-Reckong Peo highway near Nigulsari, some 180 km from the state capital.