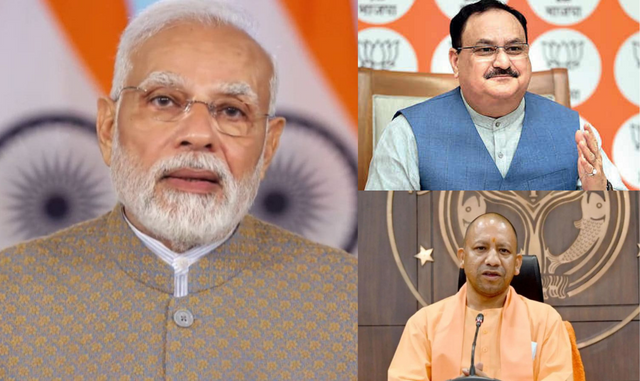 New Delhi: The Bhartiya Janata Party (BJP) on Friday released a list of star campaigners for the upcoming assembly elections in Himachal Pradesh. 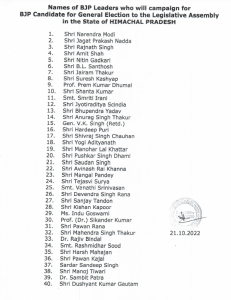 Earlier on Thursday, the party had released its second list of six candidates for the assembly elections which are to be held on November 12.

The party had fielded Ramesh Dhawala from Dehra, Ravinder Singh Ravi from Jawalamukhi, Maheshwar Singh from Kullu, Maya Sharma from Barsar, Ram Kumar from Haroli, and Kaul Negi from Rampur.