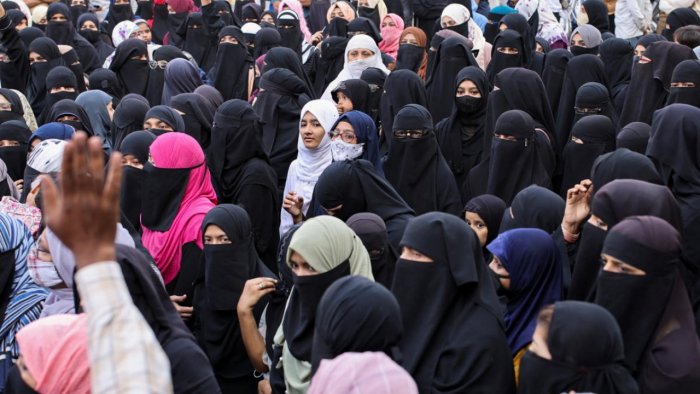 Mangaluru: Section 144 of CrPC has been clamped in Mangaluru till February 19. The Prohibitory orders has been clamped around 200-metre radius of all the high schools within the city police commissionerate limits.

City police commissioner N Shashi Kumar issued the order, which will be effective from 6 AM on Monday till 6 PM on February 19.

The order comes amid the ongoing row over hijab on the high school and college campuses in certain parts of Karnataka. The controversy started in January when six girls in hijabs were denied entry into Pre-University College in Udupi.

When the girl students protested against the college’s uniform policy, some students turned up wearing saffron scarves.

The row has resulted in tension, untoward incidents and even taken a violent turn at some places. The matter is now sub-judice in the Karnataka High Court.

The Udupi district administration has also already issued similar orders around all the high schools in the district for the same period.