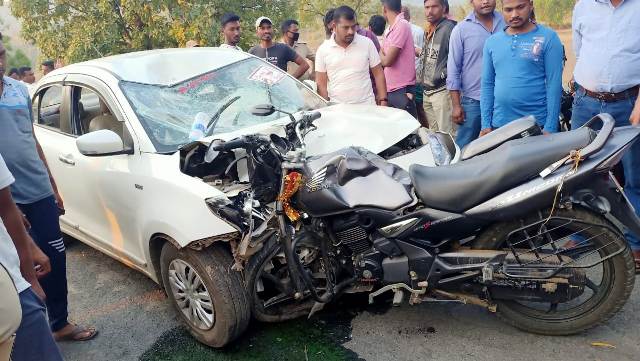 Deogarh: A high school teacher was killed and another severely injured after a speeding car carrying a bridegroom’s party collided with the bike head-on at Basalai village on Sunday.

The deceased was identified as Rabi Narayan Sahu (50), the English teacher of Basalai high school. The severely injured is the PET Manas Kumar Das (40). Das was riding pillion.

Deogarh Police have arrested the driver of the car and seized the vehicle. Sahu belongs to Jharpokharia in Mayurbhanj district.

The post-mortem will be conducted tomorrow, police said.

The incident occurred when the duo was returning home from the school. The impact of the accident was so severe that the bike was badly mangled.