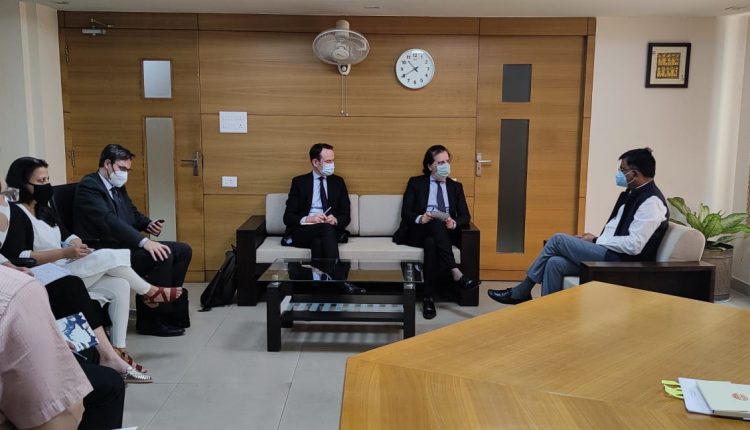 The delegation, which is on a two-day Odisha visit, also toured the various project sites of CITIIS in the Temple City and interacted with the CITIIS team yesterday.

While they visited the Quick Win Project site of Urban Agriculture inside BDA City Centre (NICCO Park) where the waterfront promenade project is also being planned for future, during the drive through they saw Sachivalaya Marg and Bidyut Marg where the NMT Priority Network is under implementation.

It can be mentioned here that after going through a preparatory or maturation phase, the city has entered the implementation phase in Bhubaneswar and work is likely to commence very soon.

While addressing the issue of declining levels of physical activity, a Smart Active Living Strategy is proposed to maximize the use of the open spaces for different assets (components) in the city, including Streets, Water, Parks & Open Spaces, Sports & Playgrounds, and Heritage under the CITIIS Programme.

The proposal for Bhubaneswar, aptly named as B-Active, aims to prepare the citizens for a participatory role to make the city a future sports capital and thus the activity-based citizen engagements would also result in discovering and nurturing new talents in sports and athletics.