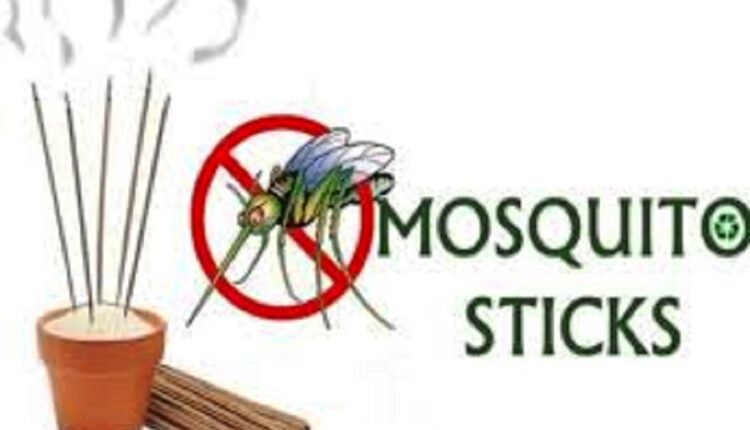 Bhubaneswar: Amidst India’s ongoing COVID-19 pandemic, the threat of malaria and dengue is looming. As most of the health services are focused to curb the spread of the deadly virus, the protection of one’s family from vector-borne diseases lies on an individuals’ shoulders. The household insecticides, including mosquito repellent incense sticks being the first line of defence, Home Insect Control Association (HICA), a non-profit making industry body promoting safe use of household insecticides, made a public-interest ad film to create awareness around illegal incense sticks laced with pesticides and harmful chemicals. HICA urges people of Odisha to stop buying illegal mosquito repellent incense sticks and opt for safe, approved incense sticks from reputed companies. HICA plans to broadcast this ad film on television channels and digital platforms.

Households buy repellents, liquid vaporisers, coils as well as incense sticks offering protection from mosquitoes. Incense sticks are affordable, easy to use and is increasingly used by the masses. However, many unauthorized manufacturers are now making these incense sticks. They use harmful chemicals and pesticides that are not approved by the government. Using illegal pesticide-laced mosquito repellent incense sticks cause multiple health disorders, bronchitis, asthma, reactive airways disease and other respiratory ailments. Addressing this concern, the film released by HICA highlights the concerns around illegal incense sticks and ask people to not use illegal incense sticks.

The ad film begins with the buzz of several mosquitoes and a little girl bothered by them asks her father if they can burn an incense stick. The father nods in agreement and just when he is about the light the incense stick, his wife enters the room and stops him, saying that the smoke coming out of the incense stick is extremely harmful and can cause several skin problems and respiratory diseases. Her mother-in-law responds saying that the packet mentions that the incense stick is natural. The daughter-in-law replies emphases that even if the packaging says natural it does not mean that the incense are made of natural ingredients and safe. She adds some incense sticks available are not approved by the authorities and they contain pesticides banned by the Indian Government. Her husband thoughtfully adds that these incense sticks are harmful not only for the mosquitoes but also for humans.

Speaking about this ad film, Mr Jayant Deshpande, Secretary & Director, Home Insect Control Association (HICA), said, “While people will prepare themselves against malaria & dengue, they need to do it with the right household insecticide products. Products from unscrupulous players do not go through the regulated manufacturing processes and basic checks on safety parameters of skin, eye and respiratory system which is mandated for all home insecticide products. All illegal incense sticks flout norms and are not tested on the aforementioned parameters. We have released this film in the interest of the public so that individuals understand the difference between safe to use mosquito repellent incense sticks and illegal one’s.”

HICA aims to mark an end to the misleading and illegal mosquito repellent incense sticks that are being manufactured, stored and sold without proper insecticide license from the State Agricultural Department. Any usage of these illegal incense sticks is highly risky for citizens across age groups. It is, therefore, crucial to know what you are using to repel mosquitoes is not harmful to self and those around you.

HOME INSECT CONTROL ASSOCIATION (HICA) is a premier organization established 1991 to give impetus to the domestic Home Insecticides sector, to facilitate the members of the Association for the overall safety of the environment and to educate the public about the healthy and proper use of the home insecticides for a pest free life, and to introduce self-regulation and governance by the member industry.