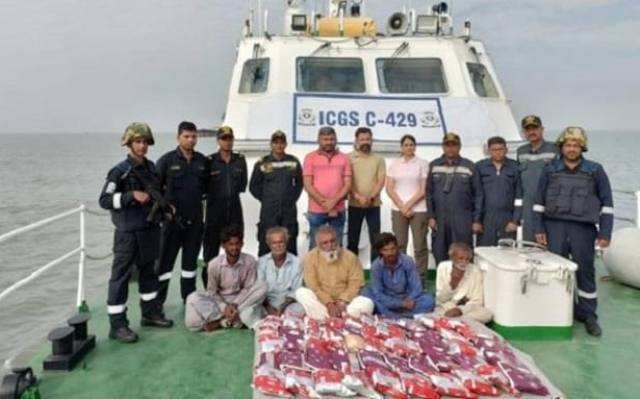 While carrying out a joint operation, the team also apprehended six crew members from the boat named Al Sakar in Indian waters close to the International Maritime Boundary Line (IMBL) in the Arabian Sea.

The boat is being further investigated at the port Jakhau in Gujarat.

“In a joint Ops with ATS #Gujarat, @IndiaCoastGuard apprehended #Pakistani Boat Al Sakar with 06 crew in Indian waters of #ArabianSea carrying about 50 Kgs heroin worth approx. 350 Cr. The boat is being brought to #Jakhau for further investigation. @DefenceMinIndia @narcoticsbureau,” the Indian Coast Guard informed in a tweet.

This is the sixth such operation over the last one year and the second within a month carried out by ICG and ATS, highlighting India’s robust coastal security network.

Incredible Benefits Of Adding Puffed Rice To Your Diet