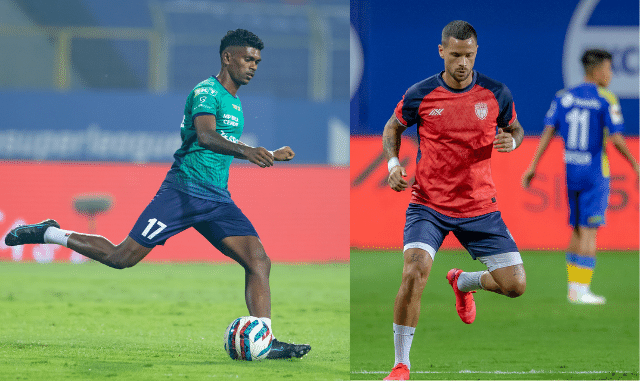 Goa: With an eye on closing the gap at the top of the table, ATK Mohun Bagan will start as hot favourites against bottom-placed NorthEast United FC in the Hero Indian Super League at the PJN Stadium in Fatorda on Saturday.

ATKMB are on a nine-game unbeaten run, sitting fourth in the table with 23 points and having played 13 matches, two less than table-toppers Hyderabad FC who are on 26 points.

The Mariners can aspire to reach the top of the tree with two wins and that has to start against NorthEast United who have not won a game in their last nine outings. They are rock-bottom with 10 points from 16 games and will have nothing but pride to play for.

Juan Ferrando’s ATKMB have looked like a well-oiled machine of late, their unbeaten streak being their longest since jumping on the Hero ISL bandwagon. The only cause for concern for Ferrando could be the lack of clean sheets. But other than that, the Kolkata side have looked brilliant in every department under the Spaniard, playing more with the ball and also creating a lot more opportunities in the final third.

Liston Colaco also ended a four-game goalless streak as he gave ATKMB the lead in their 2-1 win over Hyderabad FC in their last game. Colaco took his tally to six goals this season, and along with Manvir Singh the duo have looked in supreme touch.

“Every game is different. We have our plans for NorthEast United. Our way is to keep the ball and attack the spaces. We will try to find the best moments in possessional attack.” Ferrando said at the pre-match press conference/

“They have good players and we need to be focussed for ninety minutes.”

Asked about Sandesh Jhingan starting the game, the boss said: “He has trained since last week of January. He is working hard and for him, it’s a pre-season for him. I am very happy as he has been very good in the last few training sessions. He is an important player for us.

This season has been a disappointing season for NorthEast United. The club struggled to find any consistency as they were the only team not to go unbeaten in at least two games this season. The club had at least one loss in every two games. The Highlanders have conceded 35 goals in 16 games, they have not shipped more goals in the league stages of any other Hero ISL season.

“We will prepare the same way for this game. Everybody is ready and they are motivated to do well,” NorthEast United head coach Jamil said. The last time the two sides met, ATKMB won 3-2.

Nabarangpur Youth Goes Missing In Berhampur For A Month Now