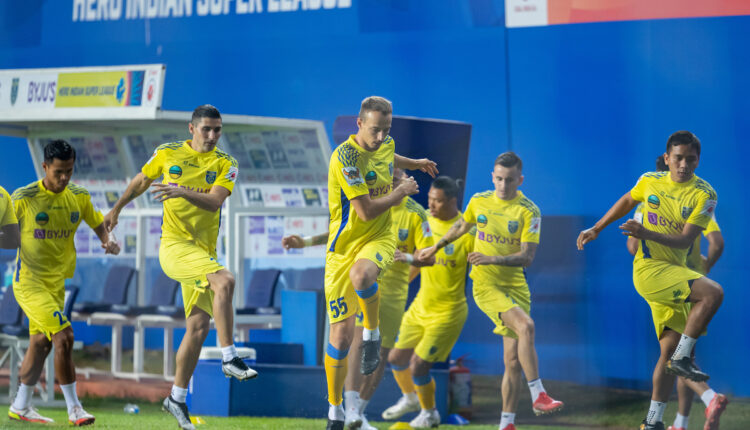 Goa: Kerala Blasters FC and Mumbai City FC will face off in a virtual shootout for a place in the semifinals, in a rescheduled Hero Indian Super League fixture at the Tilak Maidan Stadium here on Wednesday.

Kerala are placed fifth in the points table with 30 points from 18 matches, one point less than Mumbai who are fourth having 31 points from 18 games.

With league leaders Hyderabad FC already through to the semis and Jamshedpur FC and ATK Mohun Bagan needing just one point to confirm their place as well, it is Kerala and Mumbai who are likely to fight it out for the last spot.

Kerala thrashed Chennaiyin FC 3-0 in their last game to get back to winning ways and keep their top-four ambitions firmly intact. Mumbai too beat FC Goa to continue their winning streak.

“Tomorrow’s game is everything you wish for as a football player. It is nice to play against a top team and we have our preparations in place and it doesn’t change a lot compared to other games. We will be ready to show our strength on the pitch,” Kerala head coach Ivan Vukomanović said.

“In tomorrow’s game, we will see all elements of football. Both teams will fight for points and will fight till the last moment,” he added.

For Kerala, Adrian Luna has been in superb form throughout the season and the  Uruguayan playmaker now sits top of the assists list along with h Ahmed Jahouh and Greg Stewart. Despite it being his first year in the Hero ISL, Luna has already started breaking assist records at Kerala. With 6 assists, he sits at the joint top for most assists in Kerala Blasters history along with Jessel Carneiro and Josu Prieto.

Mumbai’s lean patch started with their defeat against Kerala in their first encounter of the season. “We are good to go. Jahouh trained with the squad yesterday. We will give him the best chance to play tomorrow. We will assess that on the gameday. Everyone else is good to go,” said Mumbai head coach Des Buckingham.

On Kerala, he added: “We just keep concentrating on ourselves. I am not interested in other teams’ run of form or results. We should look at our own form and we started this season extremely well. We come into this game with four wins out of the last five. We have started to show some good signs on how we want to play so the focus will be on us.”

Mumbai have conceded 20 goals this season, crossing their tally of 18 goals conceded in the league stage of Hero ISL 20-21 in just 11 matches, and Buckingham would hope his team can produce a solid defensive display on Wednesday.