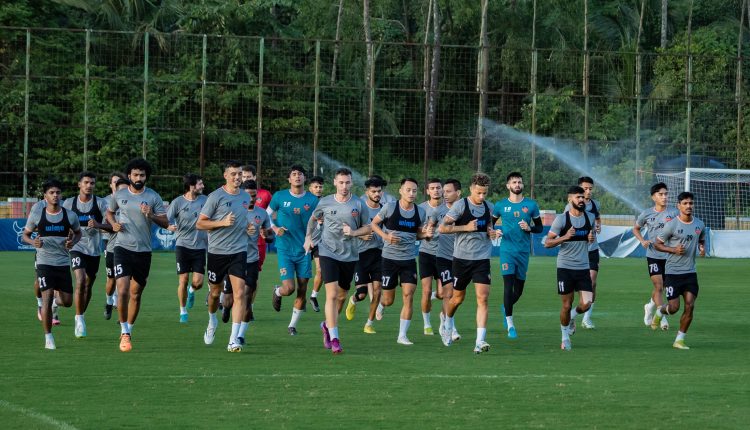 Goa: FC Goa will look to make the most of home comforts and get back to winning ways in the Hero Indian Super League (ISL) on Saturday, when they lock horns with Odisha FC at the Pandit Jawaharlal Nehru Stadium in Fatorda.

Currently, in sixth place on the points table with 12 points, a win and three points will be vital for Carlos Pena and his boys to stay alive in the race for the playoffs. On the other hand, Odisha FC will climb to second place if they manage to record their first-ever win over the Gaurs.

Gaurs will take much solace from their performances in their opening two home games as they strode out to arguably two of their best performances so far this season. And the FC Goa faithful will be hopeful that they are able to recreate the magic.. Odisha, on the other hand, will draw strength from the recent comeback wins they registered against Jamshedpur FC and East Bengal FC, both away from home.

“We are a team capable of taking on anyone and doing well, regardless of the opponent – and we want to prove this come tomorrow,” he said at the pre-match press conference.

The 38-year-old lauded the strength and confidence of Odisha FC, but stressed that his focus is only on his own team and what they can do to secure the win.

“Odisha have shown good character, and will be confident as they come to face us on the back of a few wins. We, however, will concentrate on ourselves and are sure of putting up a good performance,” Pena added.

Prior to the clash, Goa were handed a setback in the form of Edu Bedia’s suspension, following his red card against Mumbai City earlier this month.

“Edu has been important for us, but we have others in the squad who can replace him. Our idea is to become a team that is capable of playing anyone and be successful,” the tactician said, when quizzed about the subject.

Both FC Goa and Odisha FC follow a similar style that is heavily reliant on ball possession and depends on control in the midfield to dictate build-up play. With both teams also led by Spanish head coaches, the stage is all set for an interesting battle between the two sides.

Edu Bedia’s unavailability could be the key area that the Gaurs would want to address. The Spanish midfielder had been a vital cog in the midfield for Pena’s side, who struggled against Bengaluru FC in his absence.

Interestingly, the Gaurs have never lost to Odisha to-date. The two teams have faced each other six times, four of which ended with the Men in Orange taking home the three points. FC Goa will look to maintain this streak come Saturday, when they take on the Juggernauts once again.