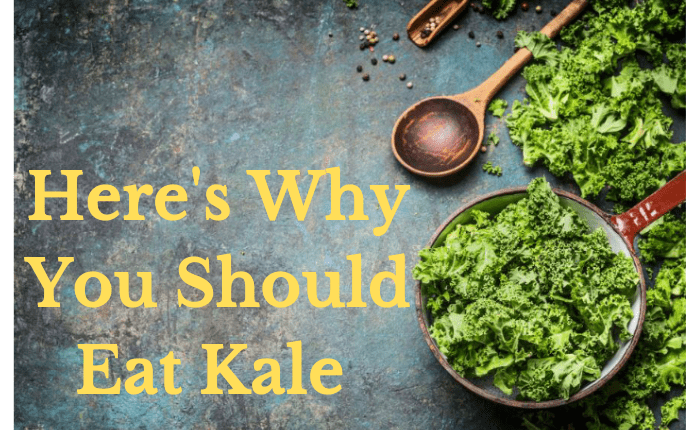 Here’s Why You Should Add Kale To Your Diet

New Delhi: Kale is loaded with all sorts of beneficial compounds, some of which have powerful medicinal properties. Here are some benefits of kale that are supported by science.

Kale is great for digestion.

As a fibrous leafy green, kale is great for aiding in digestion and elimination.  Don’t discard the stems, which are a rich source of prebiotics, which are food for your microbiome. While they’re tough raw, sautéed in a bit of avocado or olive oil with some sea salt, they become a delicious, breadstick-like treat.

Kale is high in iron.

Iron is essential for good health, especially for women, as it helps with the formation of hemoglobin and enzymes, transports oxygen to various parts of the body, aids in cell growth, proper liver function, and more. Want to up the iron quantity of your kale even more? Cook it in a cast-iron pan, and pair it with a food rich in vitamin C—this helps increase your body’s ability to absorb plant-based iron.

Kale is high in Vitamin K.

“Vitamin K1 has always been known as the ‘coagulation’ vitamin because it helps keep the body’s blood-clotting mechanism functioning in a healthy manner. Vitamin K2, on the other hand, has been shown to activate 17 proteins. For example, vitamin K2 activates a protein called osteocalcin, which ensures that as much bone is built to replace the bone that is broken down. Vitamin K2 also encourages a protein called Matrix gla protein (MGP) to keep arteries healthy by discouraging calcium from sticking to the walls,” explains cardiologist Joel Kahn, M.D. It’s been shown to be protective against osteoporosis, cancer, and diabetes.

Kale is filled with powerful antioxidants.

Antioxidants offer up one of their electrons to free radicals, thereby neutralizing “oxidant” radicals and keeping them from stealing an electron from our cells. At its best, this strong network of warriors can stop up to 99 per cent of free radicals from damaging our cells. Antioxidants, such as carotenoids and flavonoids help protect against various cancers.

Kale contains high levels of antioxidants—however, antioxidants are heat-sensitive, so be sure to also incorporate the leaves in smoothies or salads to best preserve the antioxidant function.

Kale is a great anti-inflammatory food

One cup of kale is filled with 10% of the RDA of omega-3 fatty acids, which play a vital role in fighting inflammation in the body. The sulfur-containing phytochemicals in kale (called glucosinolates) can also help maintain the body’s normal inflammatory response.

Round Shaped Samosa Recipe Will Add Flavour To Your Rainy Evening